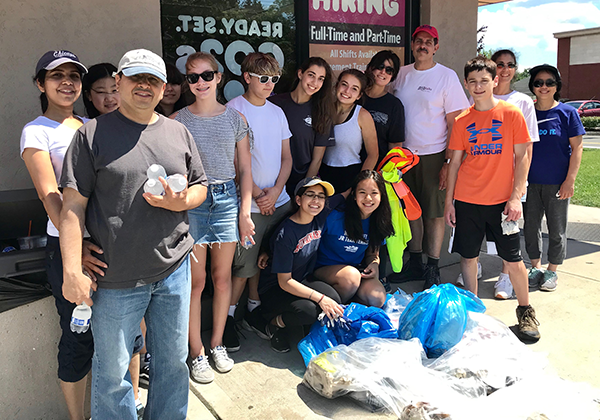 At the beginning of the event, which began outside of Dunkin’ Donuts, Pavni Bhardwaj and Katherine Zhou, two members of Troop 40822 who are each working toward earning their Silver Award, delivered an inspiring presentation about how people are adversely impacting the environment by littering and why it is important for people to become more educated about this issue so that they can change their behavior and take appropriate action.

The group of children and adults alike, which included DBC head Julie Lloyd and Councilman Manny Couto, divided into “teams” of two and three people, with each team using a Val’s Valiants litter data tracking sheet – based on New Jersey Clean Community Council’s (NJCCC’s) Ocean Data Litter Tracking From – to record the amounts and different types of litter collected. Many clean-up participants were shocked at the number of cigarette butts and other small items they collected. Collectively, in just over one hour, the group gathered 1,158 cigarette butts, 152 food and candy wrappers, and approximately 500 pieces of glass, plastic, and paper that would otherwise still be polluting the Berkeley Heights downtown area.

“The litter we collected is not just unattractive, but in the case of cigarette butts, toxic,” said Gail Nelson, a DBC member and a clean-up participant. “The DBC is pleased to be able to partner with Sustainable Berkeley Heights and other town organizations to make Berkeley Heights clean and green. It’s wonderful that community members continue to come together to clean up our town’s main street.”

Ms. Zhou and Ms. Bhardwaj observed that having additional trash cans and ash trays placed in the downtown area would be beneficial in keeping the downtown area cleaner. “We picked up many cigarettes behind CVS even though there were ash trays just across the street at Dunkin’ Donuts,” noted Ms. Zhou. “People are doing what is more convenient for them.”

Education, mindfulness, and behavior modification will also play a key role in keeping the downtown area cleaner. According to Ms. Bjardwaj, “To make littering less prevalent in our town, not only do we have to educate those around us to be more mindful of the negative consequences ground pollution has, but we also have to make it easier for them to be mindful.”

In the spirit of recycling and re-using items collected, Val Diamond of Val’s Valiants helped both to clean up the street and run a shoe donation drive for gently worn shoes. As a result of this effort, 108 pairs of shoes weighing a total of 118 pounds were received from community members and donated to Zappos for Good in partnership with Soles4Souls. The shoes will be distributed in the U.S. and globally through Soles4Souls, so that they assist people in need, rather than winding up in a landfill.

Val’s Valiants, the BHEC, Sustainable Berkeley Heights, the DBC, and Troop 40822 plan on conducting another litter clean-up that is open to the public toward the end of August. Please check the websites for Sustainable Berkeley Heights sustainablebh.org and the BHEC berkeleyheights.gov/195/Environmental-Commission for information and details that will be posted in the upcoming weeks. 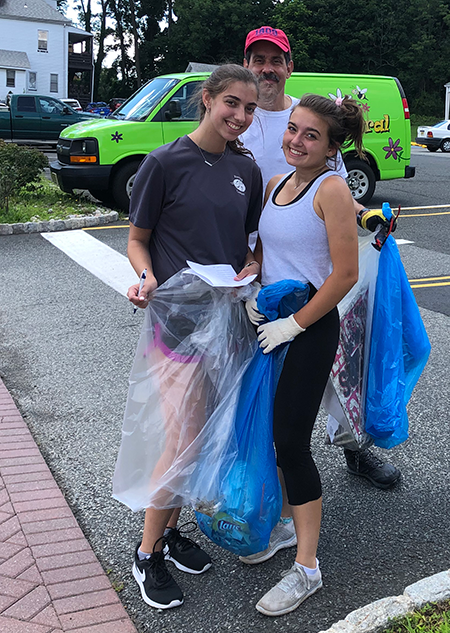 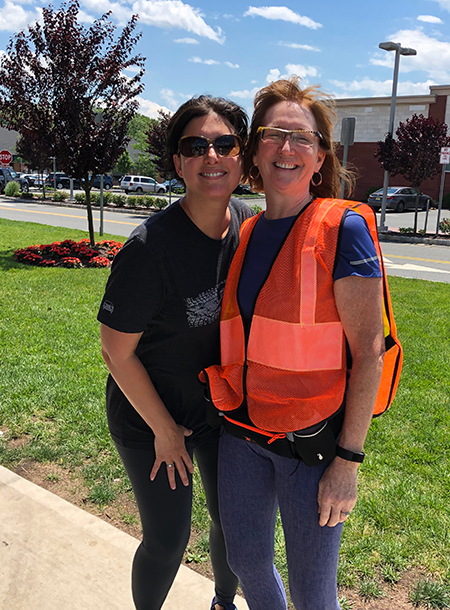 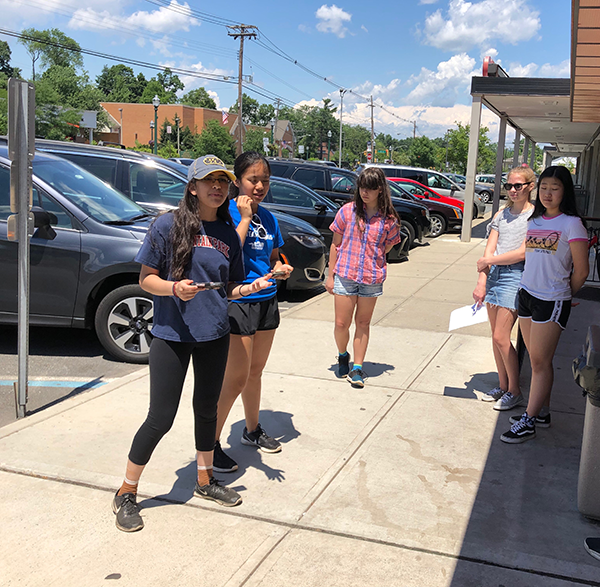