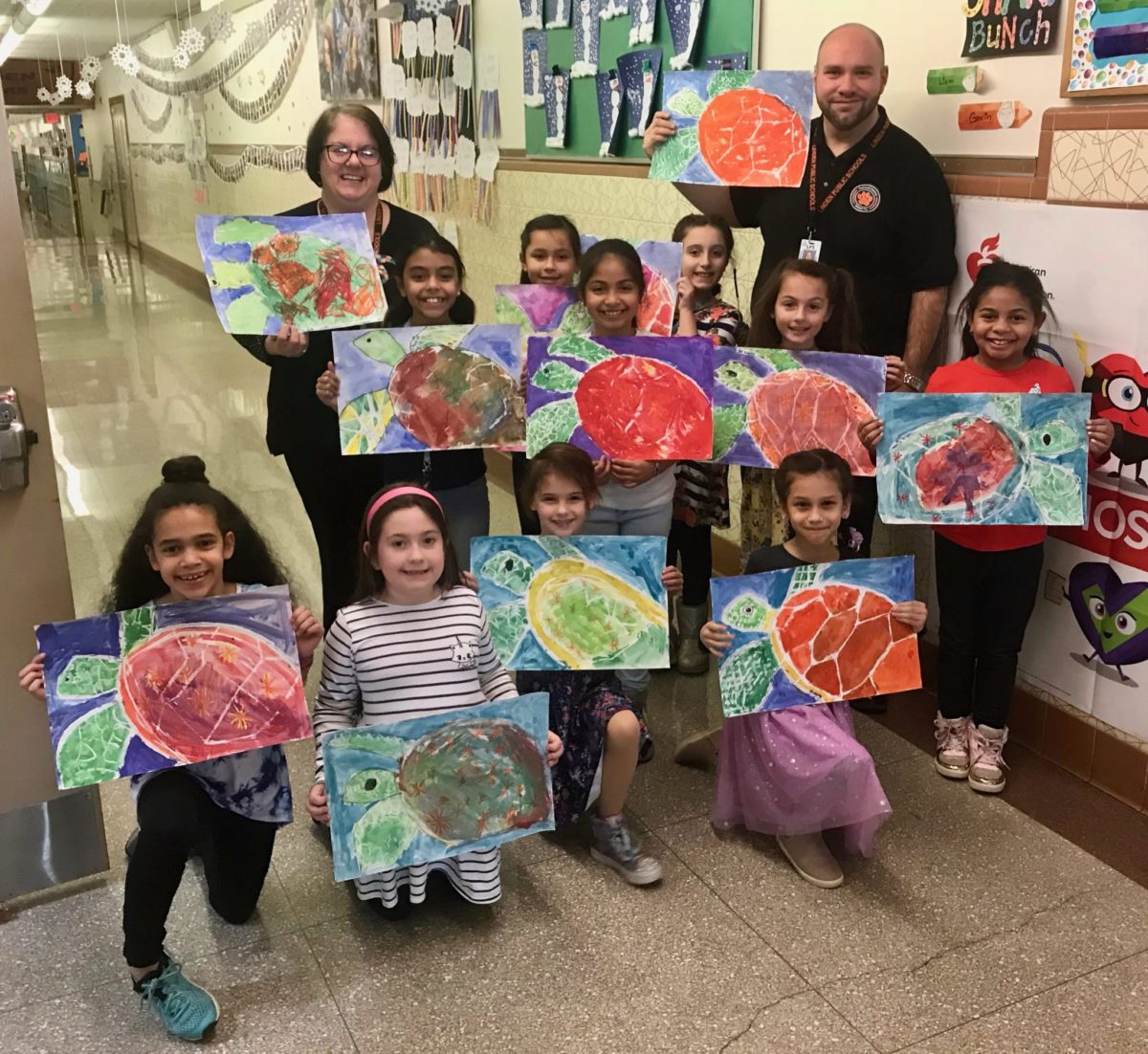 (above) A group of third-graders from School No. 10 in Linden are hosting a dance on March 20 to raise money to help sea turtles after learning they are threatened by marine pollution. The students are pictured with teacher Fran Czylek and Principal David Walker. Front row: Camille Sheridan, Olivia Ciesla, Kali Diaz, Brielle Suros, and back row, Vithoria DaSilva, Gianna Cedeno, Melanie Velarde, Abigail Avila, Mikaela Diaz, and Maia Alvarez. They are holding pictures of turtles drawn by themselves and other students in art class.

Third-graders from School No. 10 in Linden are living up to the school slogan “The Little School With the Biggest Heart” by spreading the word about threats to sea turtles and raising money to help the animals.

The group of about a dozen girls decided to take action after they read an article in class about sea turtles and one of the girls saw a video on her own of a sea turtle with a plastic straw stuck in its nose. They came up with the idea of holding a dance to raise money to help the animals.

“It’s going to be a great thing for the school in general, but for me it’s so important that they know that the great idea that they had is going to become something,” said Principal David Walker. “They have a voice and they realize that they have the power to be able to do some real good for others or for animals.”

Walker began meeting with the girls every other week starting in October to plan a course of action.

“They came to me and told me that they had read an article in class and had watched video on their own on how sea pollution was affecting turtles’ existence,” he said. “They got very passionate about it.

“We talked about ideas, and they came upon the idea of having a dance and to donate the proceeds of that dance to an organization committed to saving the turtles.”

Walker reached out to the Sea Turtle Conservancy in Gainesville, Fla. “They were very excited to partner with us,” he said.

“It’s wonderful to see them take their empathy and turn it into action,” she said. “We always want the lessons our students learn in class to make a tangible impact on their lives. But in this case, they are using those lessons to make a very real contribution to the world. As educators, we couldn’t ask for more.”

During a recent meeting with Walker and teacher Fran Czylek, the students discussed ideas for decorations and activities at the dance and other items they can sell to raise money. Several of the girls had made turtle-themed movies on their school-issued iPad tablets, and they and other students created turtle pictures in teacher Catherine Vincent’s art class. The girls are all in the third-grade classes of Lori Demarzo, Karen Lapinski, and Nicole Reider.

Walker said they are making plans for a scientist from the Sea Turtle Conservancy to make a video call with students at School No. 10 to help them learn more about sea turtles and threats they face from pollution, climate change, hunting, and fishing. All the proceeds from the School No. 10 dance will go to the conservancy.

“It’s exciting,” Walker said. “To be able to see that passion in them, that’s why we’re here, to empower them to make good decisions and change the world.”

To make a donation to support the students’ efforts, send a check made out to the “Sea Turtle Conservancy” to School No. 10, 2801 Highland Avenue, Linden NJ 07036. 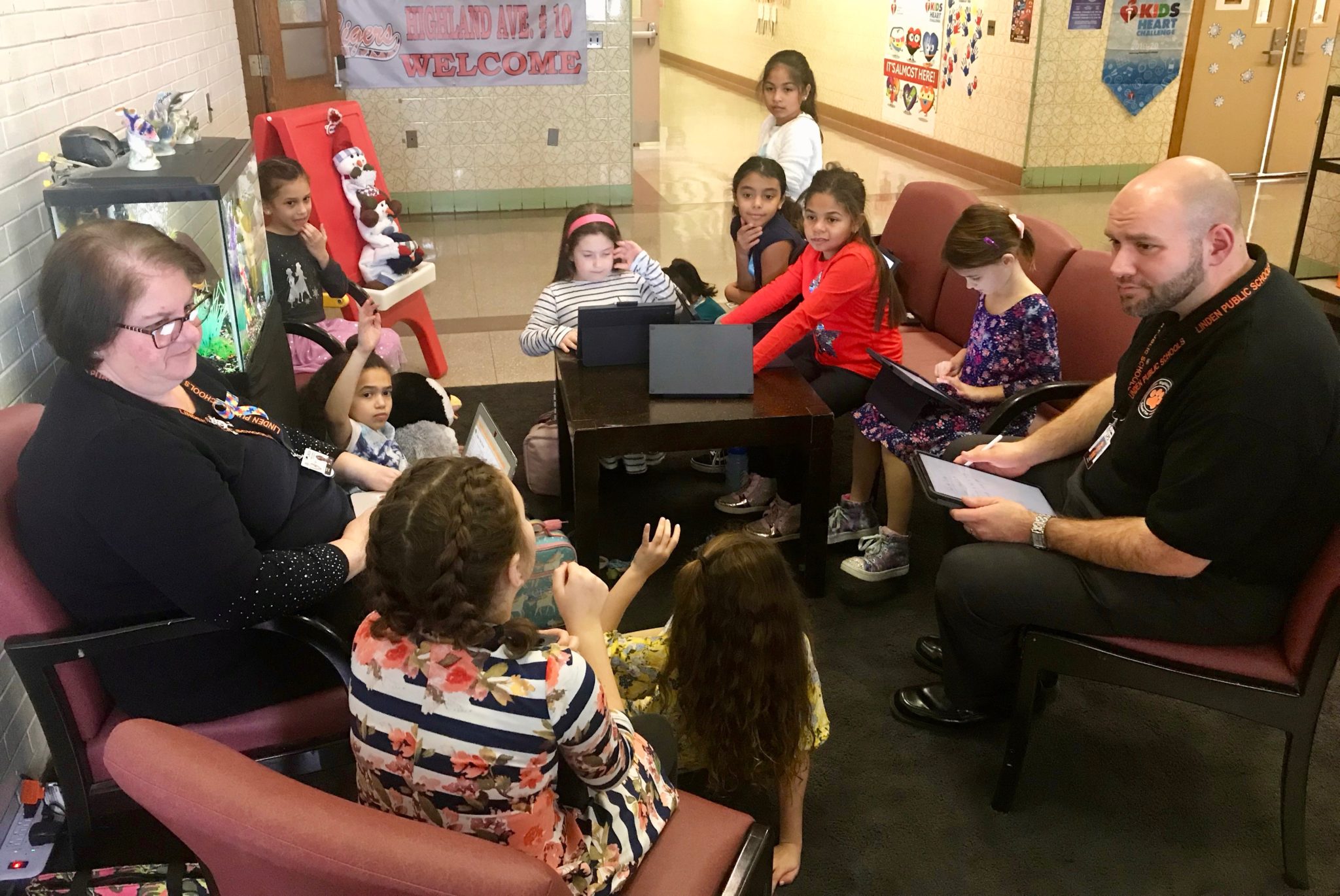 (above) Third-graders meeting with Principal David Walker to make plans for the Save the Turtles dance at School No. 10 in Linden. 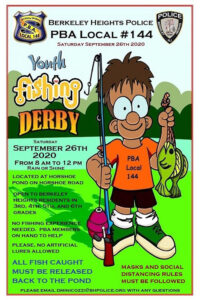 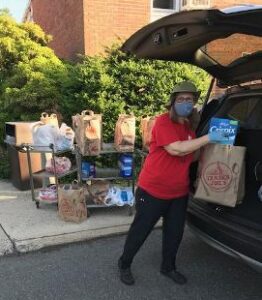