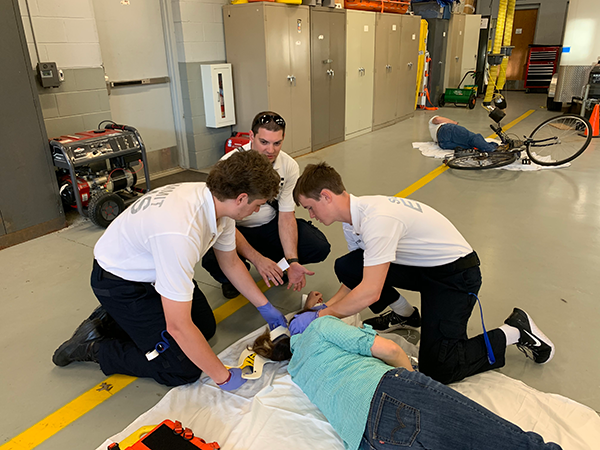 Recently junior members of the Summit Volunteer First Aid Squad responded to a staged Mass Casualty Incident (MCI) at the squad building on 1000 Summit Ave. The planned drill was designed to challenge the proficiency achieved by the junior squad members during residency training.

Approximately 20 junior members responded in teams to a simulated explosion scene and encountered more than one dozen patients with injuries ranging from superficial to life-threatening. Adult squad members and parent volunteers participated as casualty victims and bystanders, following scripts to assist first responders in identifying injuries and obtaining information to guide treatment decisions. Juniors were expected to organize themselves at the scene and then assess, treat, and prepare patients for transport to the hospital.

“Although the exercise is only a drill, we try to accurately simulate the distractions, chaos, and difficult decisions that arise in large scale incidents,” explains Chief Kari Phair. “Our juniors engage in realistic scenarios with victims that have life-threatening injuries. We do not sugar coat it for them. Some of the victims do not survive if immediate assistance is not provided.”

The Summit Volunteer First Aid Squad boasts one of the longest running junior programs in the area. Each year, high school students who are at least 16 years old are eligible to join the squad and assist in emergency calls. Juniors are required to attend training sessions, participate in junior meetings and squad activities, and serve weekly on a regularly scheduled crew shift.

“During the drill, our junior members were tested on the skills they have been developing since joining the squad,” reports Junior Liaison Matt Raymond. “They were up to the challenge, calmly identifying the most critical patients, directing resources where they were needed, and performing life-saving maneuvers. Bandaging and splinting skills were employed. They made tough decisions and dealt with the consequences of their actions, both good and bad.”

Chief Phair continues: “The mock mass casualty incident is an extremely difficult exercise even for highly-trained responders. It requires cool thinking, focus, communication, and a reliance on learned skills in an environment where things can and do go wrong. Our juniors performed very well.”

For more information on the Summit Volunteer First Aid Squad Junior Program, or to make a donation to support it, visit the SVFAS website. 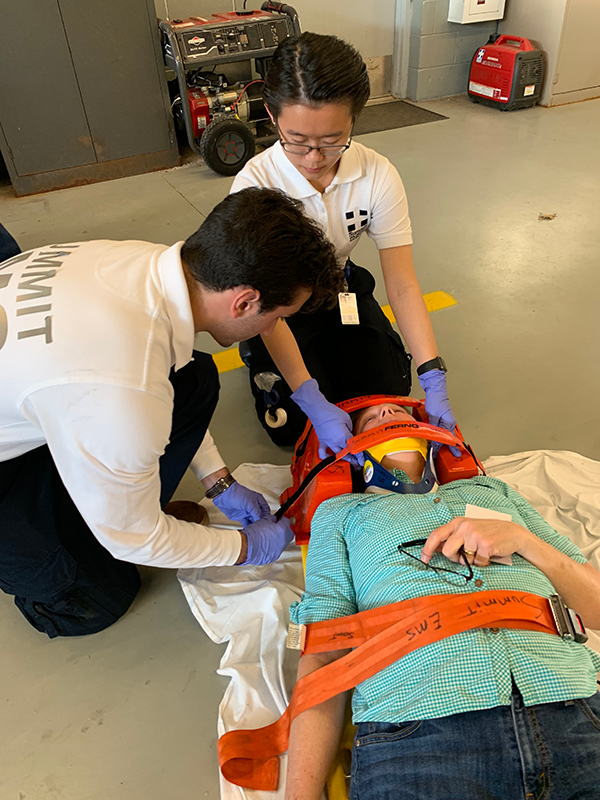 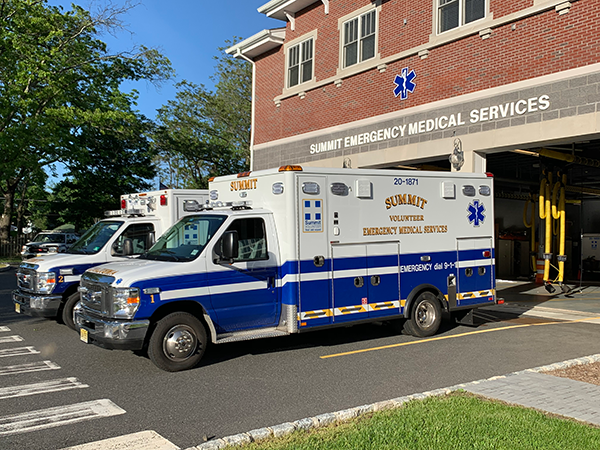