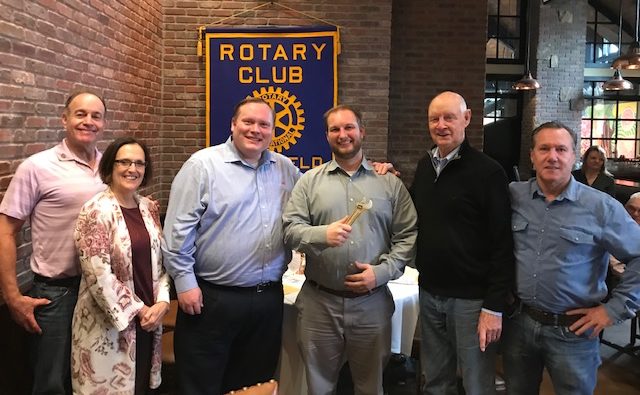 One hundred million Americans own bicycles, purchase another 21 million bikes annually, and dispose of 15 million perfectly good bikes in the landfills every year.

The Rotary Club of Westfield works with a 501c3 organization called Pedals for Progress which collects used bikes and sewing machines then ships them to the third world where they are needed. Sewing machines create jobs and may lift a family out of poverty. Road bikes go to countries with paved roads; off-road bikes go to countries without paved roads. Bikes do not create any air pollution, do not consume fossil fuels, allow workers to travel farther and be more productive, increase the bike owner’s income, help the country increase its GDP, and allow children to get to a school which may be farther away. This also creates jobs because now the country needs bicycle shops to maintain them. The Americans get to clean out their garage and put their junk to good use. Recycling bicycles and sewing machines help people in the third world, and makes the Rotary Club looks good.

The Rotary Club of Westfield has collected 2400 bikes and 150 sewing machines since they started this program in 1987 with Warren Rorden as Chair and Michael Hart as President. This year they collected 100 bikes and 11 sewing machines, and received donations of $1,800. Monetary donations are important because it costs about $40 to ship each item overseas. The Rotary Committee members include Blake Width, Bill Bonsall and Ray Kostyack.

It is such a shame to throw out 15 million perfectly good bikes when recycling them could change a person’s life. This is an example of the Rotary working to make the world a better place.