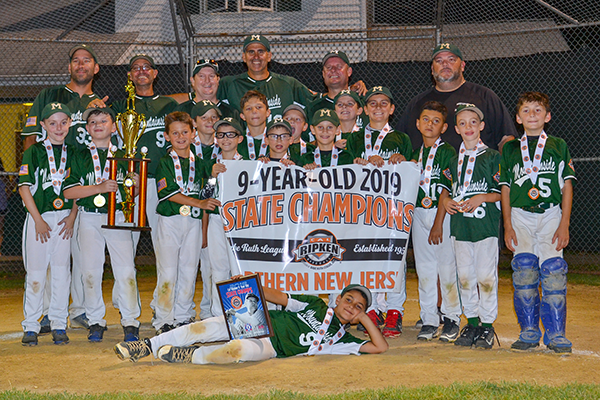 The 9U Mountainside Green Machine baseball team defeated the Manalapan All Stars 9-4 to win the Cal Ripken State Tournament on July 12th, 2019. After building an early lead, Mountainside was able to hold off Manalapan to claim the championship for a second year in a row.

The boys played their way through to the Regional Finals after winning the district tournament against the Cranford team.

After the game medals were given to players from both teams, and the first-place trophy was given to Mountainside. Family and friends filled the crowd cheering on their team the whole way through.Coach Filiaci of Mountainside presented his team with their awards, and thanked the parents and families for all their help.

Congratulations to the Green Machine on their win!