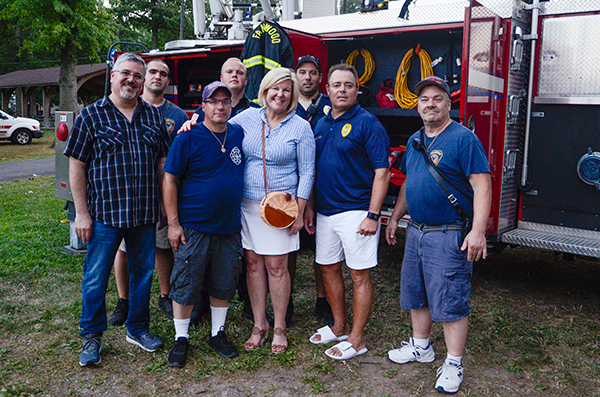 Fanwood Participates in National Night Out 2019

On Tuesday, August 6, 2019, the Fanwood Police and Fire Departments, along with the Rescue Squad invited the community to join millions of neighbors across thousands of communities from all fifty states, U.S. territories and military bases worldwide for National Night Out. They were joined by the Union County Prosecutors Office.

They held demonstrations for the kids, and allowed them to explore their vehicles and equipment and ask questions. The event also featured free hot dogs, ice pops, popcorn and beverages, bounce house and giant slide, games, face painting and giveaways.

WHAT IS NATIONAL NIGHT OUT? National Night Out is an annual community building campaign that promotes police community partnerships and neighborhood camaraderie to make our neighborhoods safer, more caring places to live. National Night Out enhances the relationship between neighbors and law enforcement while bringing back a true sense of community. Furthermore, it provides a great opportunity to bring police and neighbors together under positive circumstances.

Millions of neighbors take part in National Night Out across thousands of communities from all fifty states, U.S. territories and military bases worldwide on the first Tuesday in August. Neighborhoods host block parties, festivals, parades, cookouts and various other community events with safety demonstrations, seminars, youth events, visits from emergency personnel, exhibits and much, much more. For more information visit natw.org. 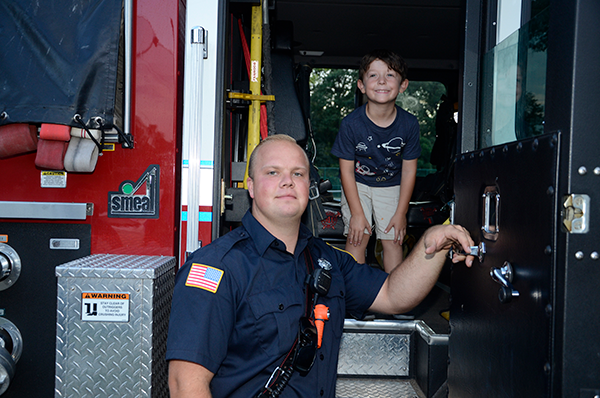 (above) Young Owen, 5, of Fanwood gets a tour of Ladder 1 from firefighter Matt Ridge. 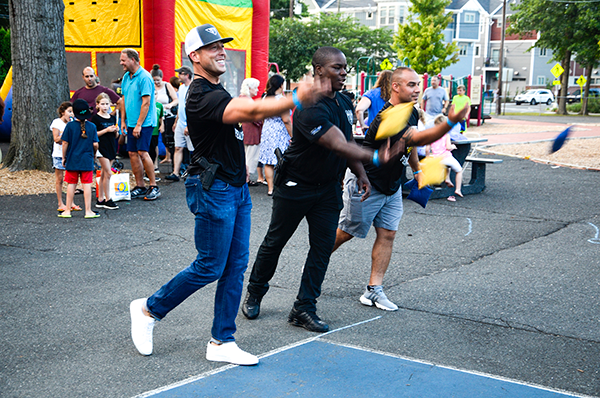 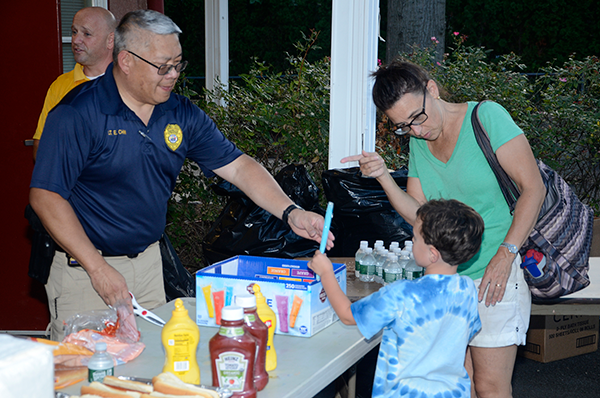 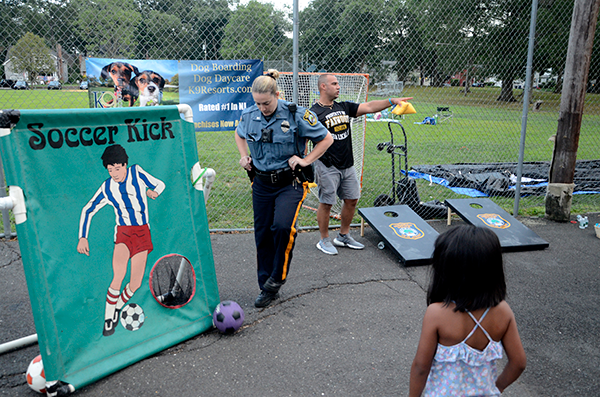 (above) Fanwood PD office Kathy Case at the soccer game. 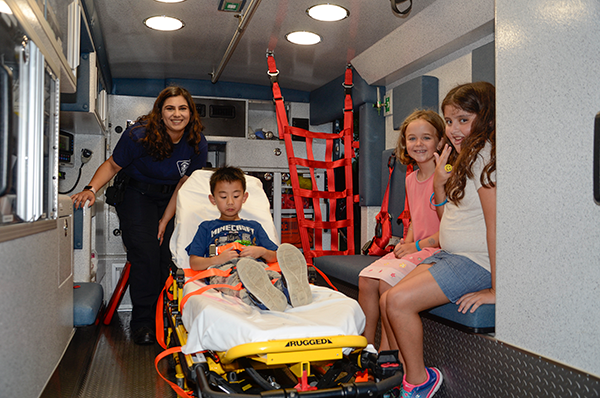 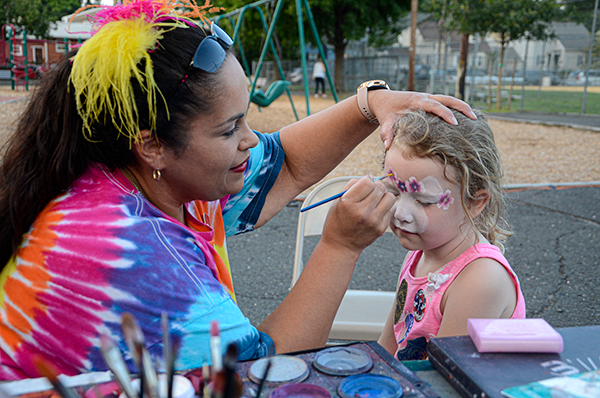 (above) Fiona, 5, of Scotch Plains, gets painted like a cat.