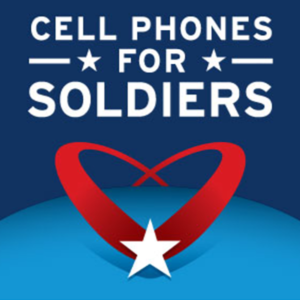 Rahway Lodge #1075 of the Benevolent and Protective Order of Elks and the nonprofit Cell Phones For Soldiers are asking local residents to help troops call home by donating gently-used cellular phones. Although the military landscape is ever changing, as many as 200,000 troops are serving in the United States military overseas around the world. By donating to Cell Phones For Soldiers, local residents can provide a lifeline for America’s bravest.

Residents can donate their phones and/or tablets at the Rahway Elks Lodge located at 122 W. Milton Ave., Rahway.

Cell Phones For Soldiers was founded in 2004 by teenagers Robbie and Brittany Bergquist at the ages of 12 and 13. The charity has since provided more than 300 million minutes of free talk time to servicemen and women stationed around the world through its calling card program, Minutes That Matter. Funds raised from the recycling of cellular phones are used to purchase prepaid international calling cards. On average, Cell Phones For Soldiers distributes 1,500 calling cards each week to bases around the world, care package programs, deployment ceremonies and VA hospitals.

“Each year we have been humbled by the amount of people and organizations like the Rahway Elks that take the initiative to support our military members,” said co-founder Robbie Bergquist. “The communication gap between military members actively serving and their families is a crucial need that Cell Phones For Soldiers is committed to addressing for years to come.”

For every donated phone, Cell Phones For Soldiers is able to provide two and a half hours of free talk time to deployed troops.

Since 2004, more than 15 million phones have been recycled or repurposed. Approximately half of the phones processed are reconditioned and reused. Phones and components that cannot be refurbished are dismantled and responsibly recycled into reclaimed materials, including: gold, silver and platinum from circuit boards; copper wiring from phone chargers; nickel, iron, cadmium and lead from battery packs.