WHAT, WHERE, AND WHEN IN OLD KENILWORTH: Venters Florists – Several tragedies 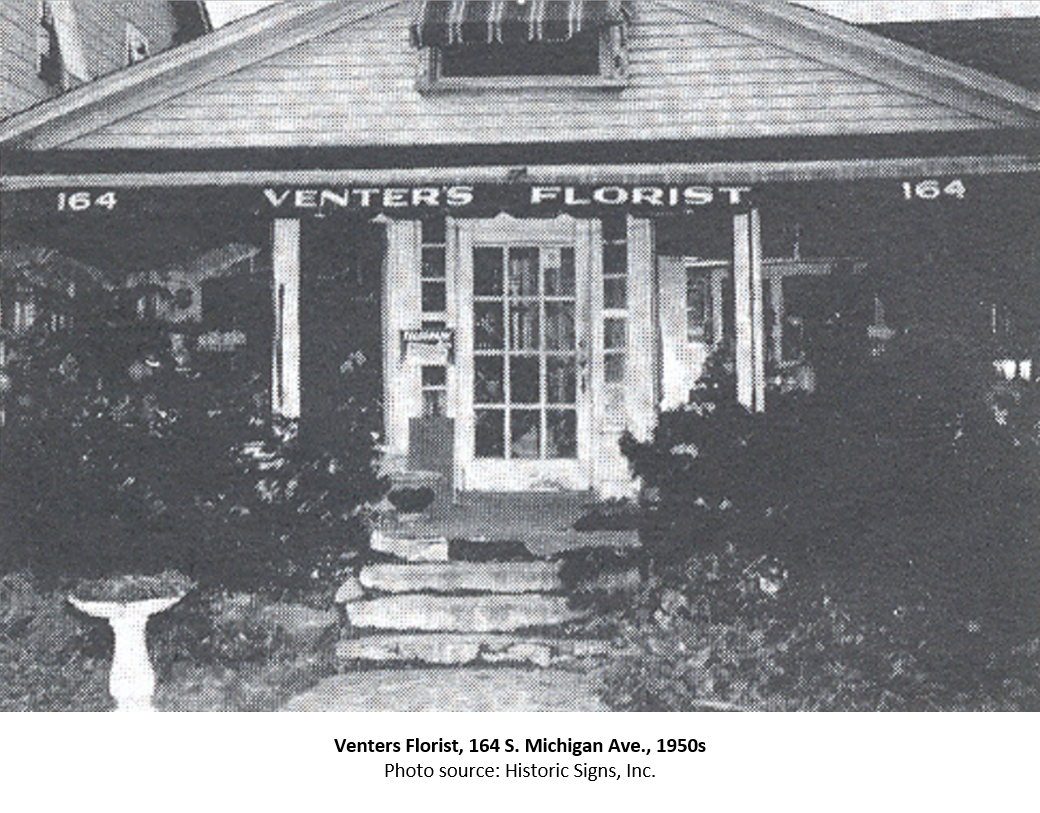 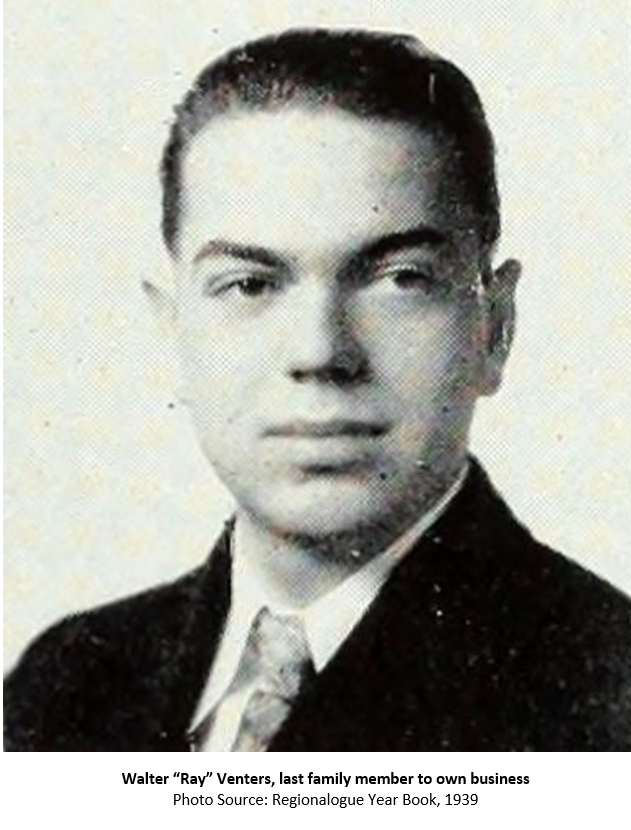 Walter and Bertha quickly became active in local Republican politics. Walter ran for the council twice, ultimately elected in 1929. Bertha became a county committeewoman and was elected to the school board, serving from 1935-1938. She was only the third woman to serve. She was active in the PTA, the Methodist Church, and VFW Post 2230 Ladies Auxiliary. Walter worked full-time as a diamond setter but spent long hours at the flower shop.

Tragedy first struck in March 1928. An aggressive fire broke out in the house. Damage was estimated at $6,000 – a huge sum in 1928. Fire chief Paul Arthur attributed the fire to faulty wiring. The family moved to Passaic Ave. until they built a new home next to the old site at 164 So. Michigan Ave. The Venters relocated the greenhouse and flower shop adjacent to it.

During WWII, son Ray served in the US Navy as a petty officer and armed guard gunman. After the war Ray worked with his parents. In 1949 his sister Grace married Dominick Viligor and moved to Clark. They had one son.

Tragedy fell again in March 1959. Mr. Venters went missing after he left the shop on March 10 to make a floral delivery to Beth Israel Hospital in Newark. On March 14, he and the truck were found in Newark where it was determined he had sustained a fatal heart attack. Bertha passed away fourteen months later. Ray, 39 years old, suddenly had the weight of the entire business on his shoulders.

Tragedy occurred yet again. On the night of February 26, 1968, a blaze, discovered by a police officer near 11 p.m., was underway in the greenhouse. Forty members of the volunteer fire department, under command of Chief Angelo Raimondi, battled the fire for four hours. The two-story residence was gutted by the flames. The house and greenhouse were in shambles.

Ray was able to resurrect the business which continued in operation until the 1980s. He passed away in 1992. The property was sold and subdivided. In 2004 and 2005, three new homes at 703-711 Richfield Ave. were erected on the former site of the Venters’s home, greenhouse, and flower shop.

Research provided by Walter E. Boright, Ed. D., historian; Historic Signs, Inc. Appreciation is extended to Robert Conner for photography and information. Persons with inquiries about this or other aspects of Kenilworth history may contact Dr. Boright at drbori@aol.com or 908-256-5200. 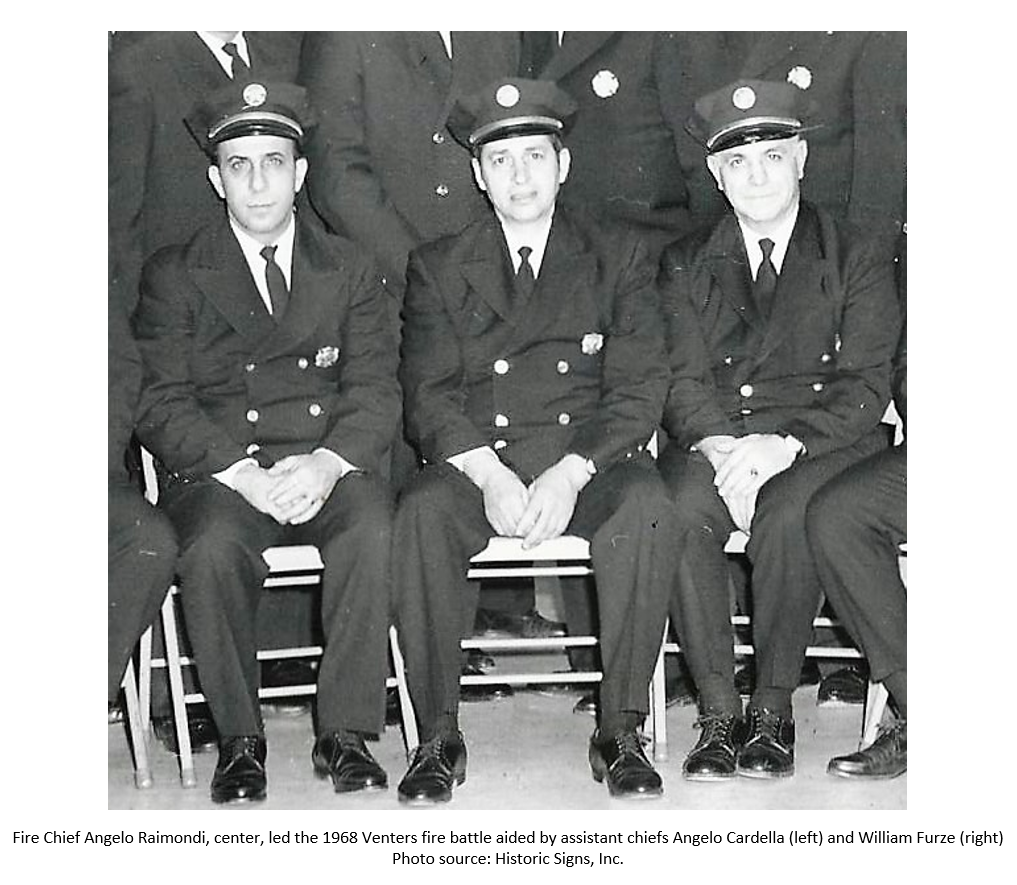 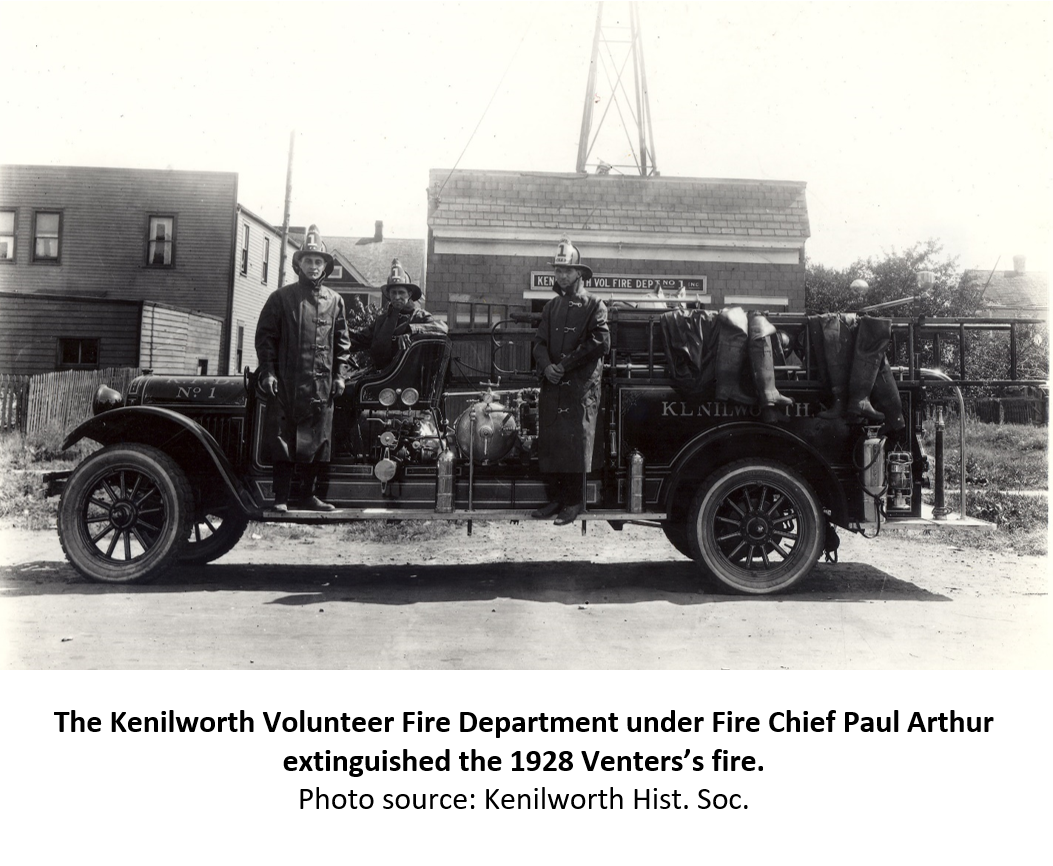 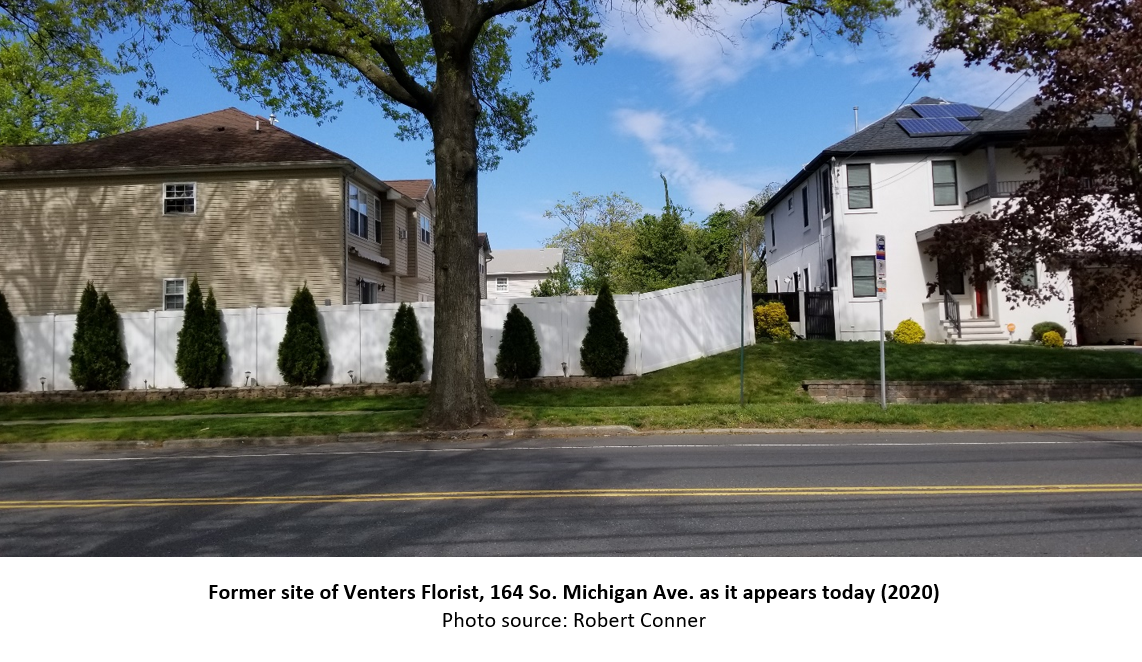