As part of the The Westfield Historical Society’s First Wednesday Luncheon series, Dr. Jonathan Mercantini, Acting Dean, College of Liberal Arts and Associate Professor of the Department of History at Kean University, will be speaking on the topic Washington’s Crossing for the 21st Century on December 5, 2018. The event will begin with check-in at 11:45 a.m. at the Echo Lake Country Club, located at 515 Springfield Avenue, Westfield. Dr. Mercantini will present a re-telling of Washington’s Crossing for the 21st Century. Considering that triumph as an origin story will enable the audience to better understand the legacies of New Jersey’s history and prompt a discussion on how that history can better inform the present and influence the future.

New Jersey was the ‘Crossroads of the American Revolution’; the site of more fighting than any other state, including the war’s most important victory: Washington Crossing the Delaware and the ensuing Battle of Trenton. While justly celebrated, this seminal event in the history of the state and the nation has entered the realm of mythology. As a result, much of the received wisdom about that battle and its meanings is wrong. In particular, it is important to note that New Jersey was divided along many fault lines in 1776. New Jersey’s residents were both patriots and tories while many, perhaps a majority, sought to remain neutral and stay out of the fray. Today, as its residents confront new but no less serious challenges, it is both appropriate and crucial to use the state’s vibrant history to help shape our shared future.

As Acting Dean, College of Liberal Arts and Associate Professor in Kean University’s Department of History, Jonathan Mercantini has taught there since 2007. He teaches a wide variety of courses: Colonial and Revolutionary America, The New Nation, Pirates in the Atlantic World, New Jersey History, and the Civil War and Reconstruction to name just a few. Prior to his appointment at Kean he taught at the University of Miami and Canisius College. He has also taught at Princeton University. He earned his Ph. D. in American History from Emory University.

Among his major publications are: Who Shall Rule at Home: The Evolution of South Carolina’s Political Culture, 1748-1776 (Univ. South Carolina Press, 2007), The Stamp Act of 1765, Broadview Sources Series (Broadview Press, 2017), and essays on slavery in South Carolina and New Jersey. His current research projects include: Make History@Kean: William Livingston’s World – an exploration of the 18th Century Atlantic World funded by a Humanities Initiatives Grant from the National Endowment for the Humanities. In 2014 he worked with the New Jersey Historical Commission to plan activities for the 350th Anniversary of New Jersey. He received Emmy Nominations from the New York Region and the Mid-Atlantic Region for his work on It Happened Here – New Jersey a weekly series on New Jersey History topics featured on New Jersey Public TV and online. He has received external grants from the National Endowment for the Humanities and other agencies to support his research on the history of New Jersey and of South Carolina in the 18th and 19th Centuries. A popular speaker on topics including military history, NJ History, the American Revolution, and the history of baseball, Dr. Mercantini engages audiences with the American past. 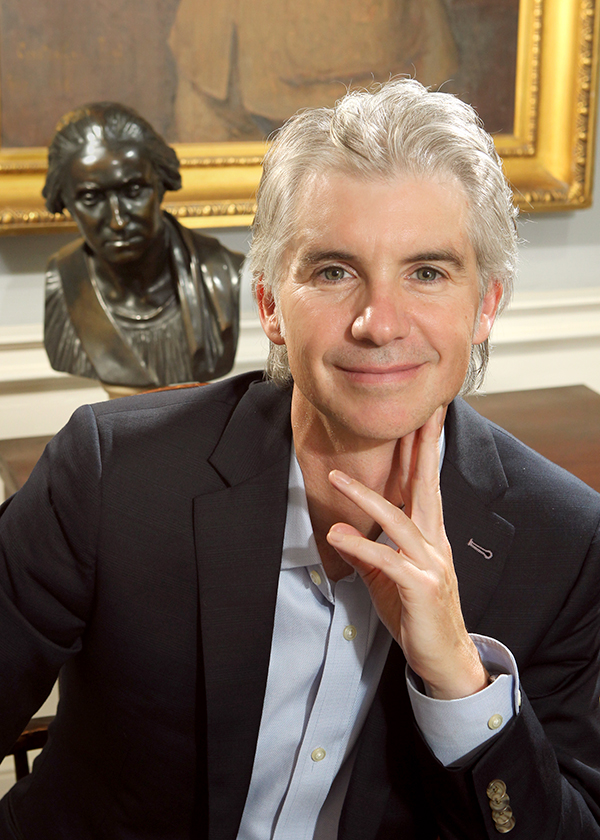 (above) Dr. Jonathan Mercantini, Acting Dean, College of Liberal Arts and Associate Professor of the Department of History at Kean University, will speak on the topic of Washington’s Crossing for the 21st Century, during the First Wednesday Luncheon of the Westfield Historical Society on December 5, 2018.

Business Happy Hour A casual meet up of the Madison Area Chamber of Commerce. Shanghai Jazz, 24 Main Street 4th Wednesday of Every Month 5:00pm – 7:00pm Admission is Free.
Jan
27
Thu
2022
7:47 am Madison Rotary Club Breakfast Me... @ YMCA
Madison Rotary Club Breakfast Me... @ YMCA
Jan 27 @ 7:47 am
The Rotary Club of Madison has an enthusiastic and engaged network of ordinary people doing extraordinary things to serve humanity in our local and global communities. You have your choice of two weekly meetings: Thursdays, 7:47 am breakfast at the…
Read more ›
View Calendar
Add
Top
Posting....