‘Victorian Tea With a Contemporary Flair’

Nationally acclaimed speaker, author and television personality Lisa Griffiths (aka “Victoriana Lady Lisa”) will address attendees at an afternoon “Victorian Tea With a Contemporary Flair” to be presented by the Kenilworth Historical Society on Saturday, April 22, 2017. During the program, Victoriana Lady Lisa, host of the award-winning syndicated television series “All Things Victorian” and author of the publication “International Steampunk Fashions,” will display and discuss selections from her extensive 19th-/early 20thcentury wardrobe and show the fascinating transition of such Victorian era attire and accessories into modern-day “steampunk” fashion.
The Tea will begin at noon at the Kenilworth Gospel Chapel hall, 557 Newark Avenue, Kenilworth, where the ambience of a Victorian tearoom, creatively and tastefully accented with fragments of contemporary Steampunk culture, is being created for the event. An array of assorted teas, tea sandwiches, scones and desserts will be provided in addition to a gift auction and door prizes. Admission is $30. Advance reservations (by April 12) are requested, as seating is limited. For reservations/tickets, please call 908-709-0434, 908-709-0391 or visit Especially Yours Florist at 13 North 20th Street, Kenilworth.
Proceeds from the April 22 Tea and Gift Auction will benefit the Kenilworth Historical Society’s Oswald J. Nitschke House (c. 1880) “living history” museum and cultural arts center by helping defray the cost of an elevator that makes all levels of the recently restored and furnished site fully accessible to everyone.
Lisa Griffiths (aka “Victoriana Lady Lisa”), is a Massachusetts-based historian, author and lecturer who specializes in the Victorian and Edwardian eras. She has traveled extensively with her extraordinary museum-caliber collection of 19th- /early 20th-century attire (c. 1840-1919). With genuine passion, charm and style, she offers audiences an enlightening glimpse of what life was like during the time period portrayed by her antique wardrobe collection, which she began more than 30 years ago. Griffiths, who additionally is well versed in steampunk fashion, recently authored “International Steampunk Fashions,” published by Schiffer Publishing Ltd.
As a popular television personality, Griffiths (familiarly known as “Victoriana Lady Lisa”) hosts “All Things Victorian,” a four-time awardwinning syndicated television series that explores various Victorian-related topics. In 2011, she also made a cameo appearance, dressed in period mourning attire, on the highly rated reality show “Oddities,” which was filmed in Manhattan. Most recently, Griffiths launched a wholesale business in which she produces and markets her own unique nut snack, called “That Nutty Redhead Praline Gourmet Nuts,” based on her great-great-grandmother’s Victorian recipe. 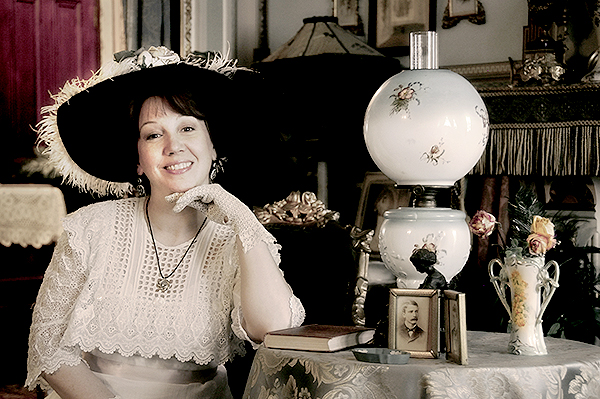 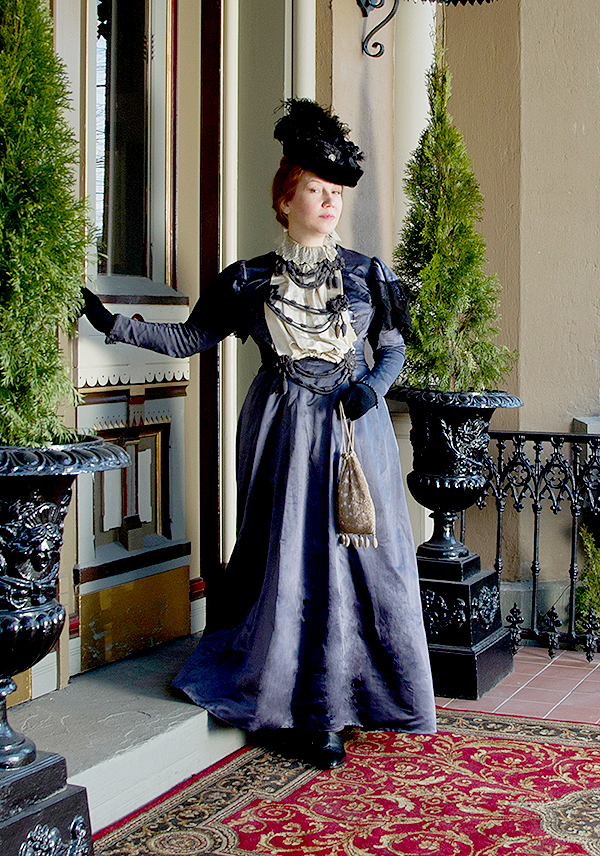