Tickets Now on Sale for 21st Annual Pipes of Christmas 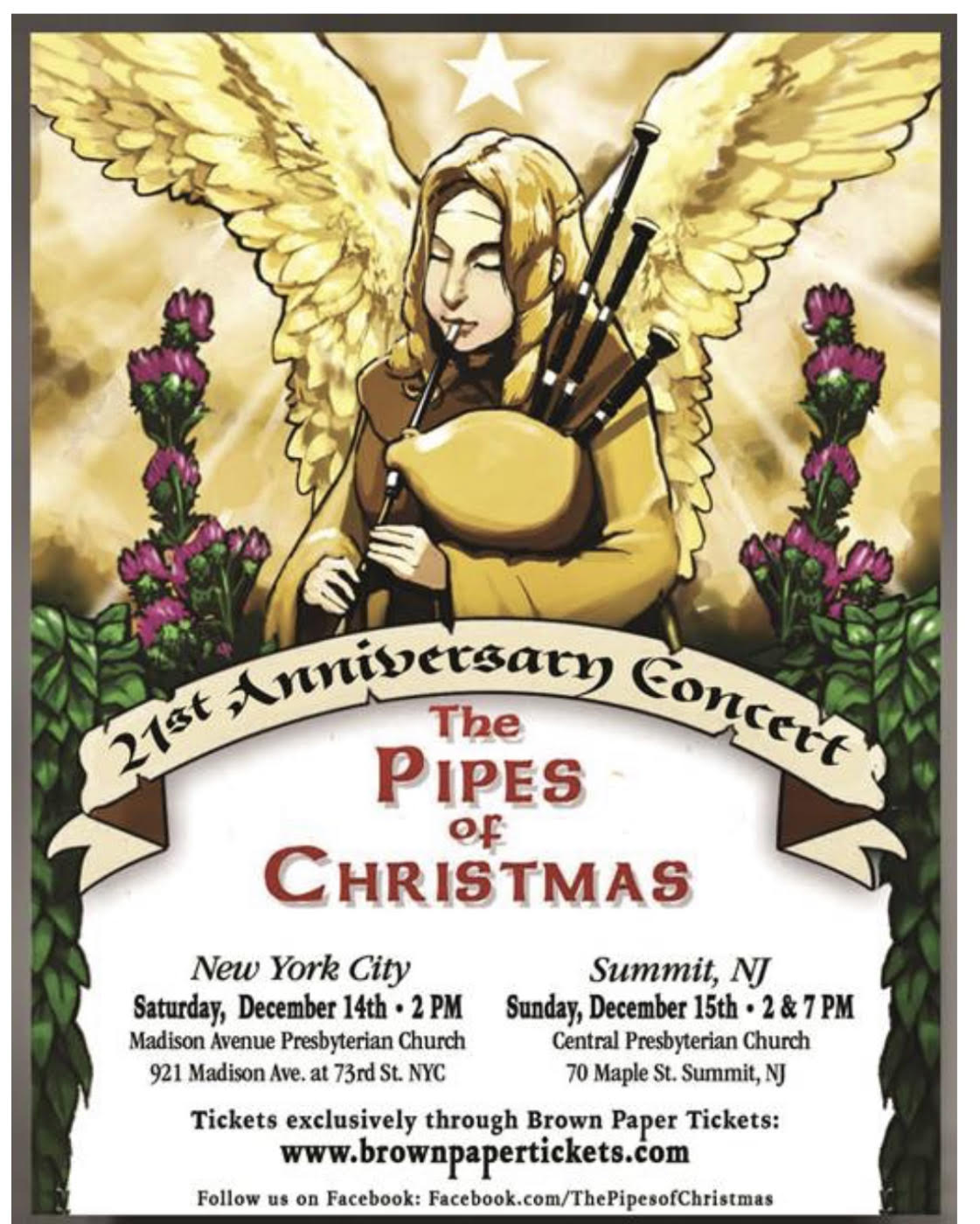 The 21st Annual Pipes of Christmas

The Pipes of Christmas will celebrate its 21st season with performances in New Jersey and New York this December. The holiday favorite opens on Saturday, December 14 at Madison Avenue Presbyterian Church, located at 921 Madison Avenue (at 73rd Street) for a 2PM performance. The concert moves across the Hudson River on Sunday, December 15 to Central Presbyterian Church located at 70 Maple Street in Summit, NJ with performances at 2 and 7PM. 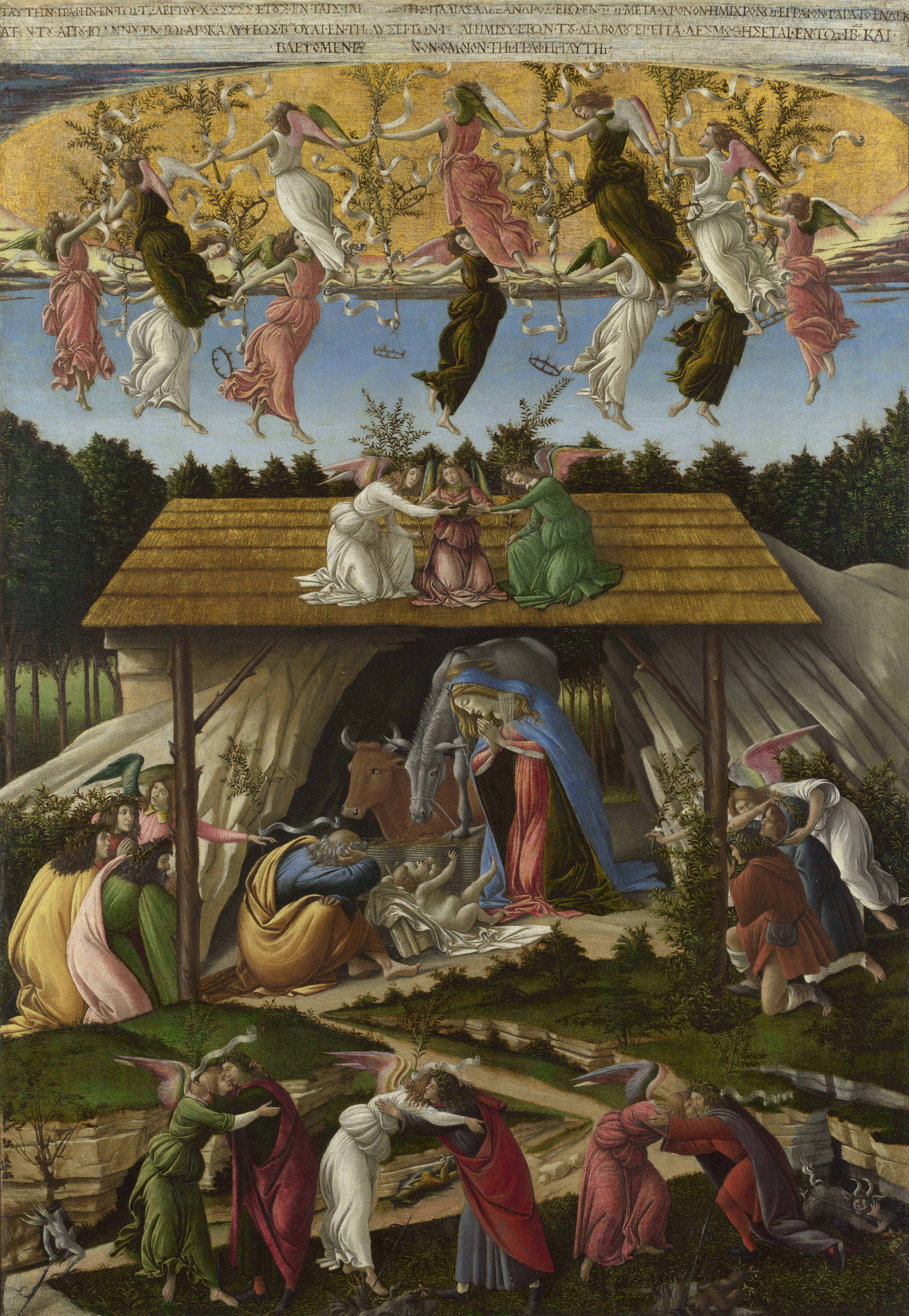 For those weary of the ceaseless stream of secular seasonal music from department stores to TV, the Pipes of Christmas offers a spiritual and traditional take on the season that connects concertgoers to the holiday in a fresh, meaningful way. The show features tunes such as, “Highland Cathedral,” Joy to the World, and Amazing Grace, all performed live on pipes and drums, harp and fiddle, and organ and brass and more. Not only does the performance define Christmas cheer, but also it inspires those of Celtic descent to retrace and reconnect to their ancestry.

Proceeds from the concert support an extensive music scholarship program, which includes the Carol Hassert Memorial Fine Arts Scholarship at Summit (NJ) High School as well as annual gifts to the National Piping Centre and the Royal Conservatoire of Scotland (both located in Glasgow, Scotland) the Gaelic College of Nova Scotia and Lyon College in Batesville, Arkansas. Proceeds also support the Society’s sponsorship of the US National Scottish Harp Championship, the Gaelic Literature Competition at Scotland’s Royal National Mod and an annual academic research prize at Sabhal Mòr Ostaig, Scotland’s Gaelic college on the Isle of Skye. Each year, concert highlights are webcast in hi-definition over the Christmas holiday to a global audience. In cooperation with HomeTowne Television, the 2018 production was the recipient of two prestigious Telly Awards for webcast excellence. The concert is still accepting Title Sponsors as well as Program Ads. These gifts help offset production expenses and add help fund our scholarships.

Tickets may be purchased online exclusively through Brown Paper Tickets at www.brownpapertickets.com (be certain you select the event name and date in the search engine) or by phone at (800) 838-3006. Reserved patron seats are available at both venues.

About “The Pipes of Christmas”

Since making its debut in 1999, The Pipes of Christmas has played to standing room only audiences. Now a cherished holiday event, the concert provides audiences with a stirring and reverent celebration of the Christmas season and the Celtic spirit. Audience-goers return year after year to experience the program, many reporting that the Pipes of Christmas has become part of their family’s annual Christmas tradition. The concert has been lavished with critical acclaim. In his review for Classical New Jersey Magazine, Paul Somers wrote, “The whole evening was constructed to introduce gem after gem and still have a finale which raised the roof. In short, it was like a well constructed fireworks show on the Glorious Fourth. The Westfield Leader described the concert as “a unique sound of power and glory nowhere else to be found.” 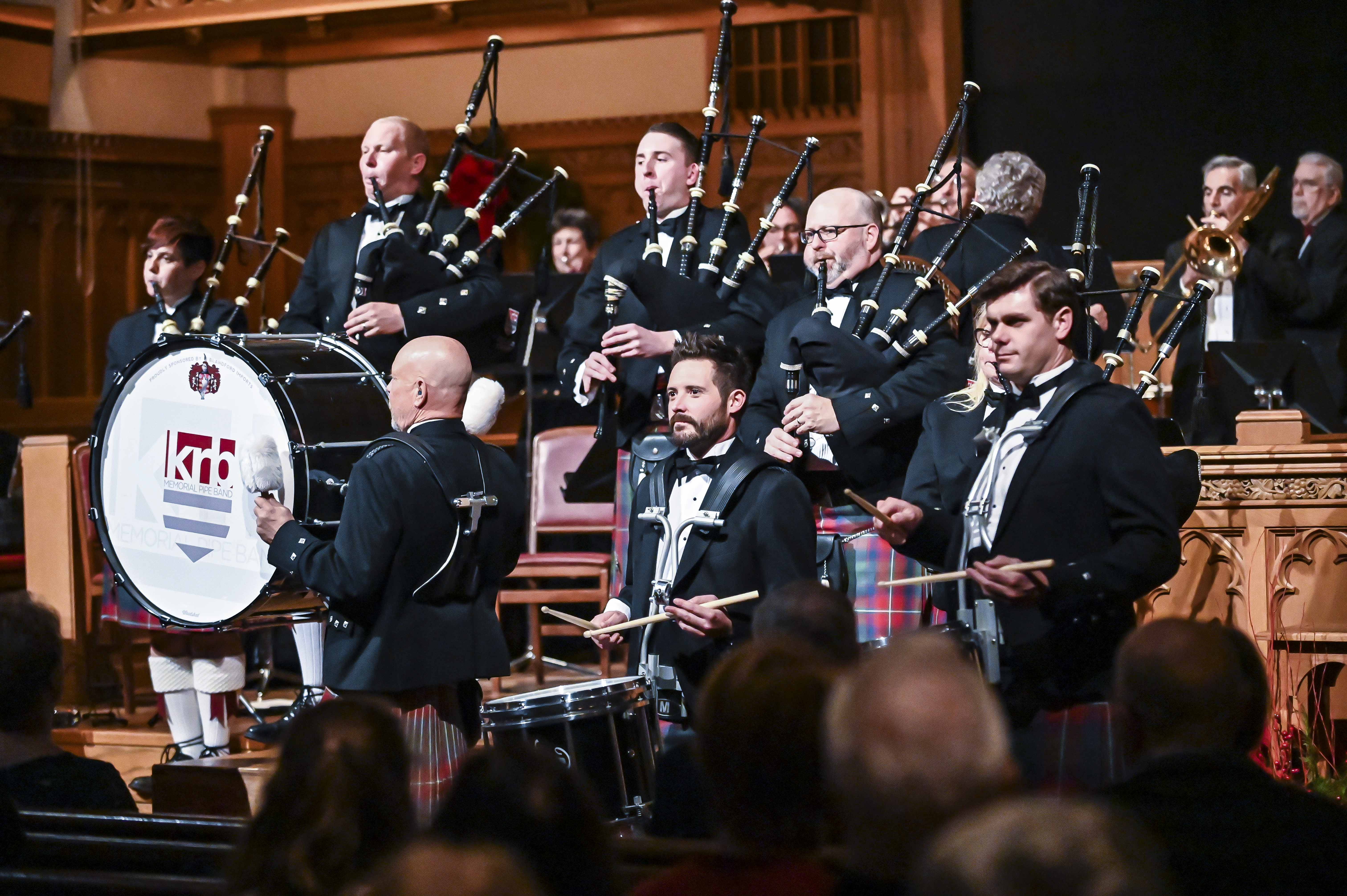 (above) Pipers from the Kevin Ray Blandford Memorial Pipe Band are returning to the East Coast this December to join the company of the 19th annual “Pipes of Christmas” concerts. 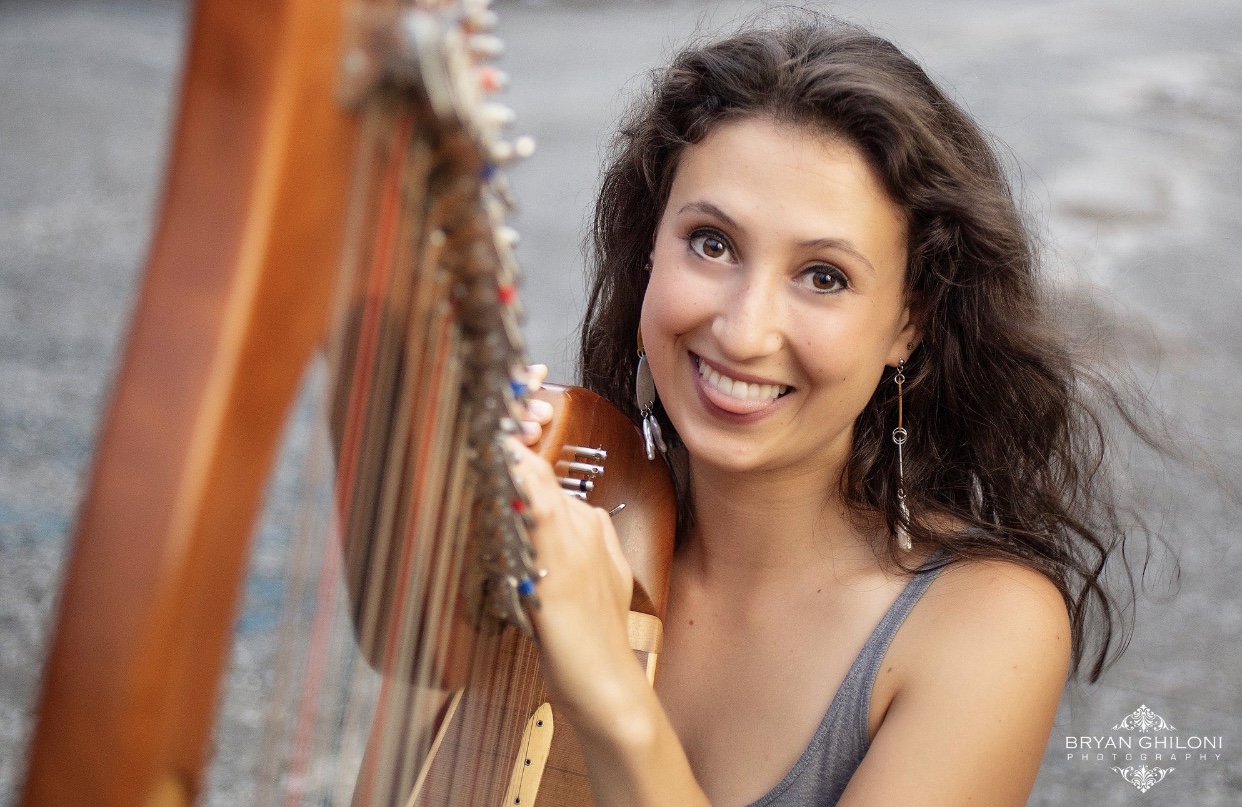 (above) Rachel Clemente. The acclaimed composer and performer will debut the new composition, “Mystical Nativity.”