Pat DiNizio, frontman for The Smithereens passed away December 12, 2017, at the age of 62. He was a proud resident of Scotch Plains.

“It’s a little bittersweet for us. Obviously, we’d rather have him than the sign,” said Paul “Paulie” J. Smith, who grew up in Scotch Plains with DiNizio. “It’s very heart warming for the town we grew up in to give him recognition. It’s emotional he’s not here anymore. Deep inside he’d feel touched and honored. He was humble, he’d be a little embarrassed about the recognition.”

Jim Babjak, Smithereens guitarist agreed. “He’d say, ‘Don’t make a big deal of it’ on one hand, but he’d be winking; Pat would be very honored.”

Babjak performed a Smithereens song, “Life is So Beautiful” prior to the street unveiling. He also gave a heartfelt speech, ending with, “He was a real trooper, he kept playing to the very end.”

Severo Jornacion, Smithereens bassist, who was able to fly in from L.A., said, “Of all places Pat lived in his life, Scotch Plains was his favorite.” He reminisced about the places in Scotch Plains that Pat took him to, like Alfonso’s Pizzeria, Stage House Tavern, and even the local Quick Check.

Band members Dennis Diken and Mike Mesaros weren’t there, but Babjak read emotional messages from them, as well as a heartrending letter from DiNizio’s daughter, Elisabeth.

Musician Rick Winowksi, who played in Pat’s other band, The Scotch Plainsmen, performed a poignant song he wrote in honor of DiNizio.

Mayor Al Smith said the he “got emails from all over the country. Best thing we could do is have a street named after him.”

Township Manager Al Mirabella said, “I wish we weren’t here. I wish Pat was here. I’m glad you are here to honor Pat. Pat was a real fan of Scotch Plains and we’re a real fan of his.”

Bill King, fan and friend, said “We’re still mourning. His voice is so full of emotion reflected in his songs. One thing was evident; how much he loved his mom.”

After each speaker at the podium shared their memories of Pat, there were cheers and tears from the audience. It was truly a moving event. After the unveiling Antoinette DiNizio, Pat’s mom, made an appearance. She proudly spoke about her beloved son to the many who approached her.

Fan Frank Lima, who spearheaded the event, said, “Pat’s one of the greatest songwriters. I’m sad the whole thing had to happen. I’m glad to get the whole ball rolling. [Regarding the street naming].”

The Smithereens sold millions of records/CDs of melodic pop alternative hits like “A Girl Like You,” “Only a Memory,” “Behind the Wall of Sleep,” and “Blood and Roses.”

For more information on The Smithereens, visit the official website at: officialsmithereens.com. 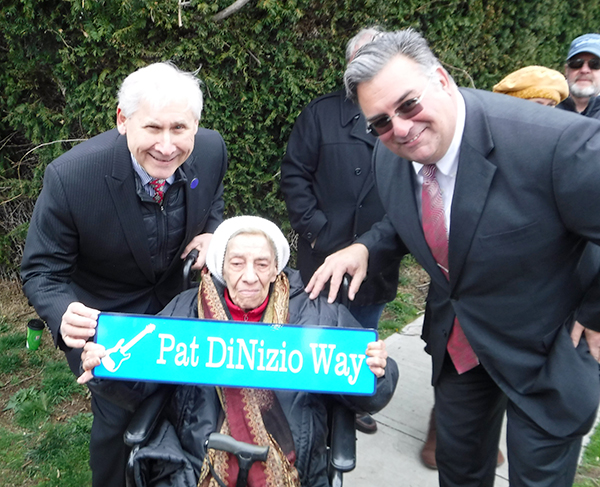 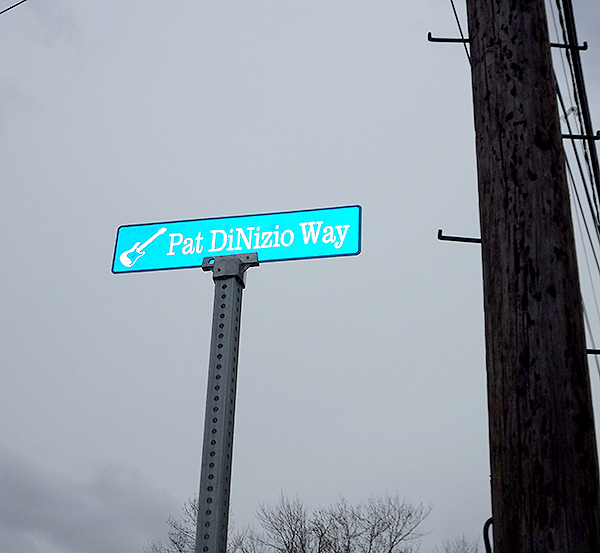 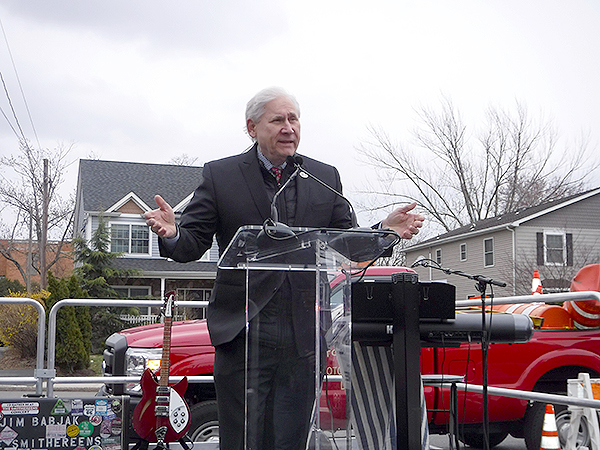 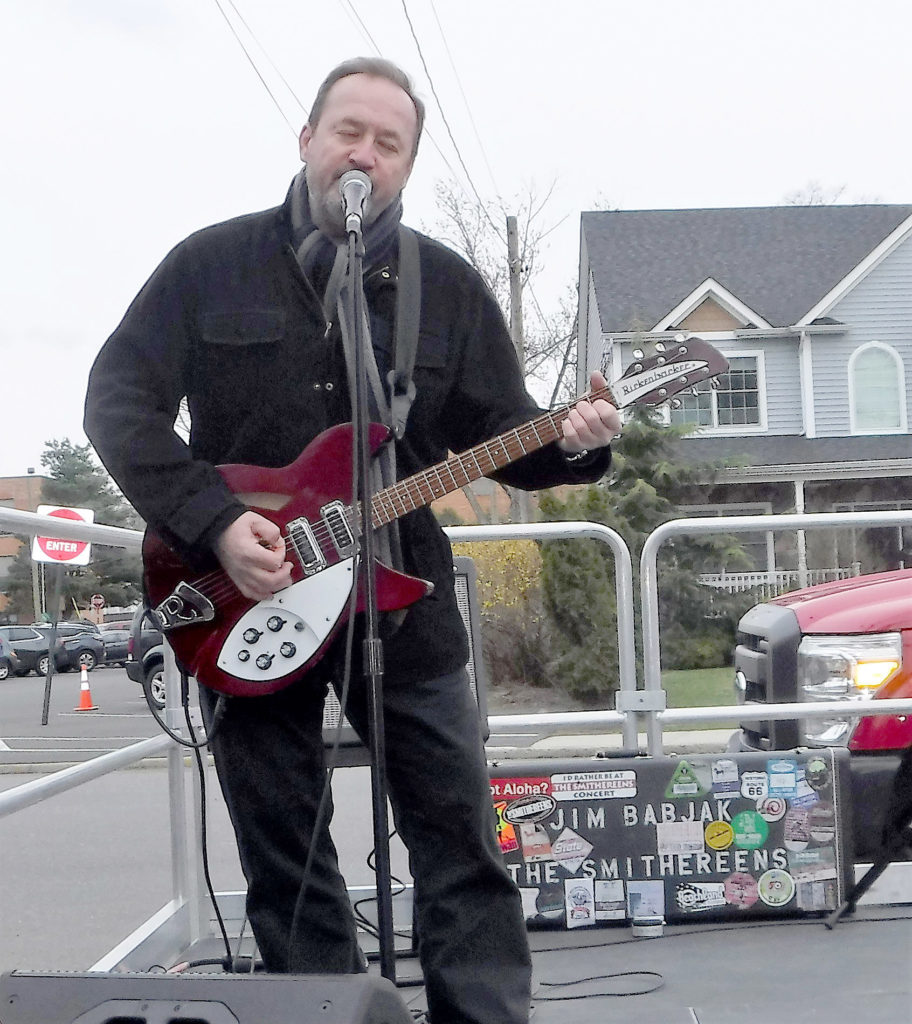 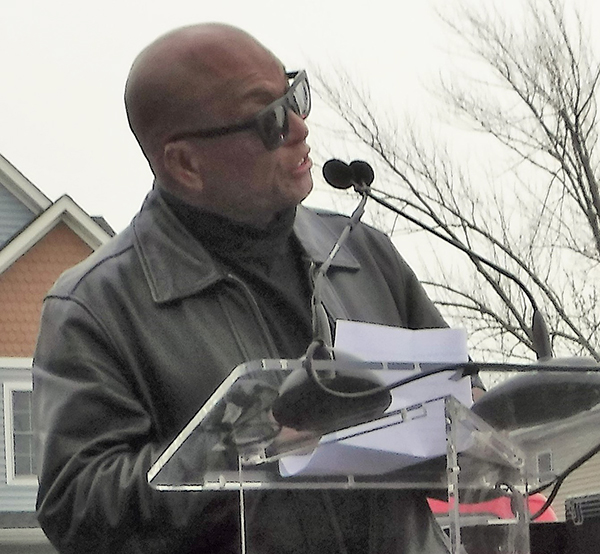 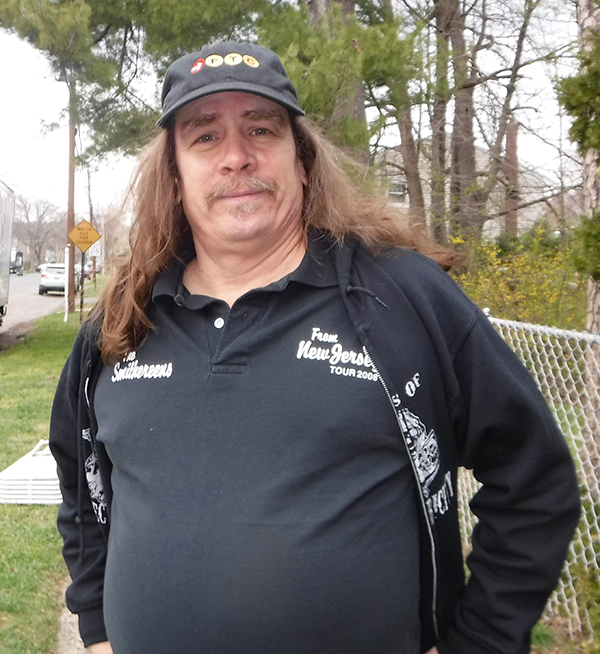 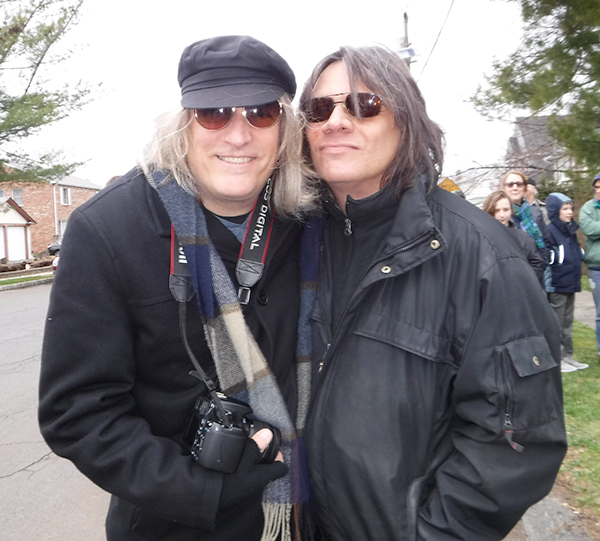