Scotch Plains Rescue Squad Auxiliary: Serving Outside of the Ambulance 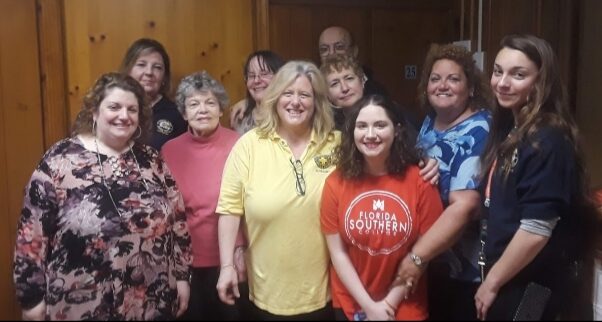 (above) Members of the Scotch Plains Rescue Squad Auxiliary

Serving Outside of the Ambulance

If you’ve attended a Scotch Plains Rescue Squad Pancake Breakfast, Scotch Plains Day, or National Night Out, chances are you’ve seen energetic and welcoming people in snappy, patched blue shirts…serving food, giving out prizes, and handing out information about the Rescue Squad. These happy faces belong to the Squad Auxiliary, a vital organization that supports and promotes the Squad’s mission.

The Auxiliary was founded eleven years ago by Jennifer Speth, a teenager at the time whose parents were both EMT volunteers on the Squad. “I was inspired to start the auxiliary at a young age because I wanted to be able to give back to the community,” says Jennifer. “ Both my parents were volunteers on the rescue squad for all of their adult lives and I knew I wanted to be part of the squad family, but didn’t know how.

“I knew I didn’t want to be an EMT, as I’m not a fan of blood or injuries. However, as someone who loves to plan and organize events, I knew the Auxiliary would be the perfect match for me.”

Jennifer remained the president of the auxiliary until 2017, when EMT Leo Ribau took over the role while still in college. In 2018, then EMT, Rebecca Lugara, took on the leadership and remains the president today, with Judy Sullivan as vice president, Betty Wheeler as treasurer, and Kathy Lunn as secretary.

Dan Sullivan, president of the Scotch Plains Rescue Squad, aptly describes the Auxiliary: “The Auxiliary is a great medium for those who want to help the Squad and serve the community, yet don’t wish to ride for the Squad as Emergency Medical Technicians (EMTs).” Mr. Sullivan goes on to say that the Auxiliary has been a huge help to the Squad in a number of ways, including providing meals for crews during the height of the COVID-19 pandemic.

The Auxiliary meets once a month, and its “grass roots” function is to assist the Squad in many capacities – from holding fundraisers (i.e., Pancake Breakfasts), to providing meals during crises, performing outreach to squad and fellow auxiliary members, and attending town functions, such as fairs, concerts and holiday events, in order to connect with the community and promote Squad interest.

Now, in 2020, Jennifer’s vision has not only long come to fruition, but the Auxiliary has grown to a group of 23 dedicated members of all ages and is still growing. Recently, some EMTs from the Squad have joined, as well as EMT cadets (members under 18). Considering some activities have been temporarily limited due to COVID-19, this hasn’t stopped the Auxiliary from growing and being a pillar of support for the Rescue Squad.

If anyone is interested in becoming a member, feel free to stop by the Squad building one evening to pick up an application, or go to scotchplainsrescuesquad.com/the-auxiliary/. We would love to welcome you to our team! 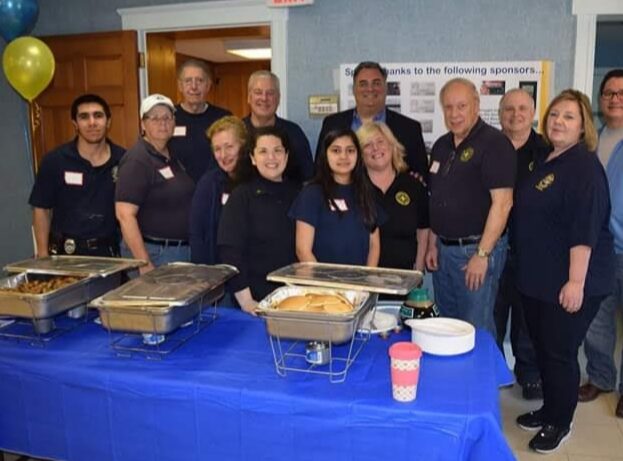