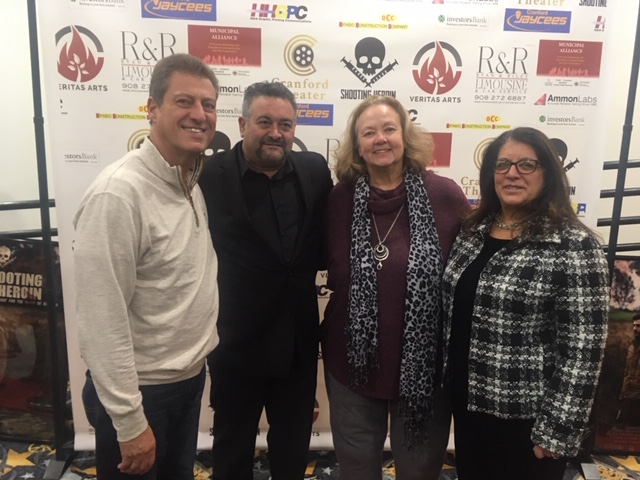 The Municipal Alliances of Clark, Cranford, Westfield and Scotch Plains-Fanwood teamed up to support and co-sponsor the release of a new film, “Shooting Heroin.” The film depicts the Opioid epidemic in this country taking place in a small Pennsylvania town. Actor Gary Pastore stars in the movie playing the sheriff. He is also starring in the upcoming film ‘The Irishman’. The red carpet premier was held at the newly remodeled Cranford Theater on Thursday November 14th, 2019. Producers, Directors, Actors and even News 12 were in attendance.