On Saturday, July 29th, in Asbury Park, New Jersey at 7:30pm, the comedian Mike Marino will be having his 10th performance at the worldfamous Paramount theater. Tickets are on sale at Ticketmaster.com, and you can find him at Mike Marino.net or on Instagram, Twitter, and YouTube at Mike Marino live.
In his early years, Mike attended Evergreen Elementary School and Park Middle School. He performed in grammar school, junior high, and high school, and after he graduated from Scotch Plains-Fanwood High in ’81, he went on to the American Academy of Dramatic Arts in New York City.
“From a very young age I always wanted to be in showbiz,” Mike shared. “I even wrote my third grade play!”
He started doing TV commercials at the age of 14, and was nominated for a Cleo Award for the Best Male Performer when he was 19 years old. Mike was on the long-running soap opera As the World Turns in his early 20s; later, he moved to California to get more involved in television.
All his life, people have been telling Mike he’s funny, so around the age of 29 he decided to do something about it by performing comedy on stage. Mike Marino is now a 10-time awardwinning stand-up comedian with numerous performances under his belt and over 9.8 million people following him on social media sites. He has been on many major talk-shows, from the Tonight Show to Comics Unleashed. Most recently, Mike worked on a web-series titled Marino 2016 and a sitcom about his life called Reconstructing Jersey; and Mike reports he has movies on the way. 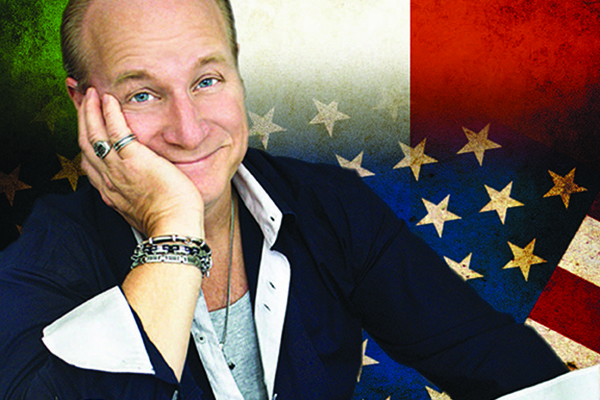