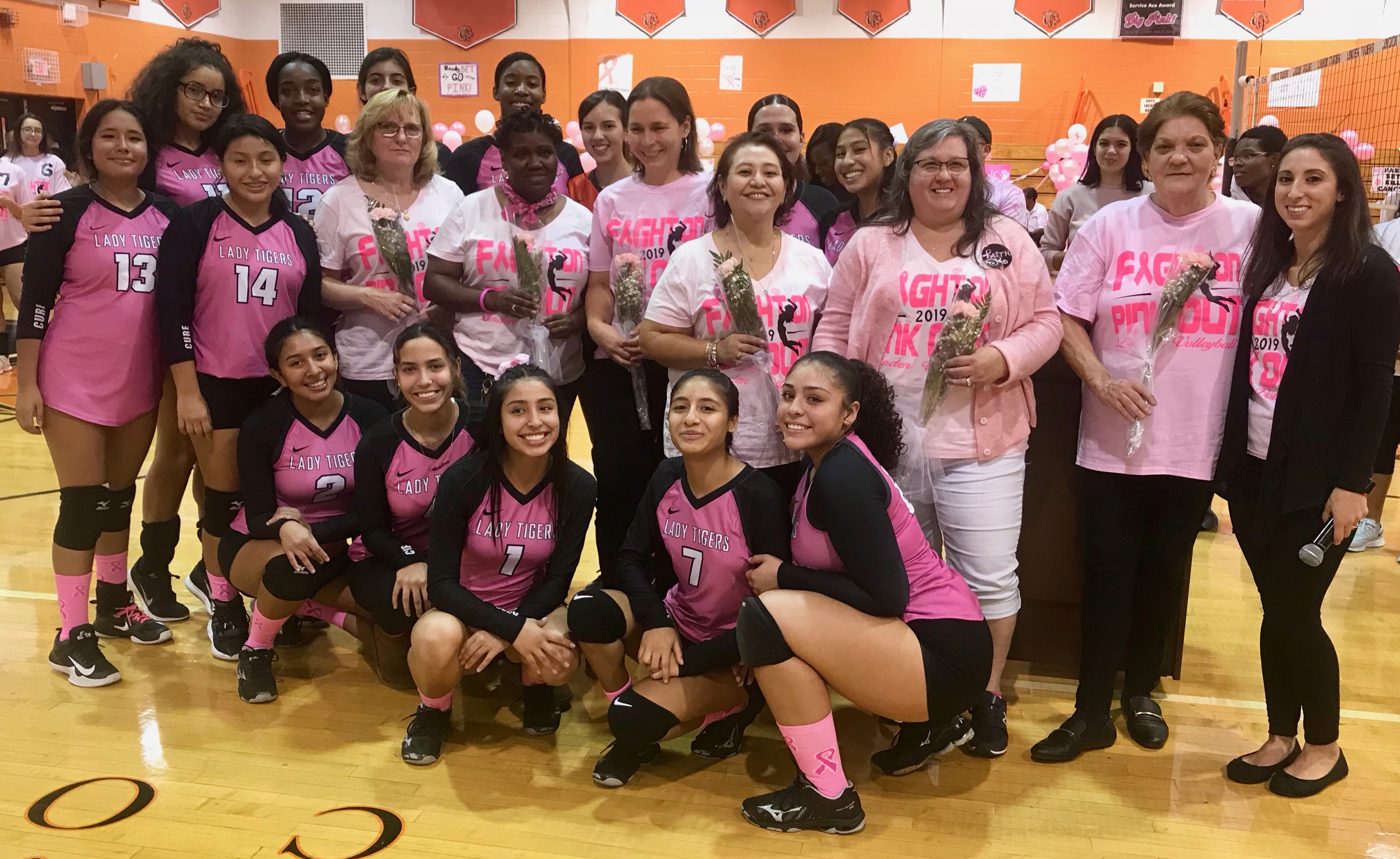 (above) Members of the Linden High School girls volleyball team stand with breast cancer survivors at their annual Pink Out match on October 28. The event raised more than $1,400 for the Rutgers Cancer Institute.

The Linden High School girls volleyball team raised over $1,400 through its seventh annual “Pink Out” match. Proceeds are being donated to the Rutgers Cancer Institute to fund research to find a cure.

The school’s Navy Junior ROTC donated $1,500 to Susan G. Komen New Jersey, which will use the money to provide cancer screenings for women who would otherwise not be able to afford it.

The volleyball team sold T-shirts and baked goods beforehand and collected donations during its October 28 match against Elizabeth High School.

“I am extremely proud of my team,” said head coach Marissa Dello Russo. “They do a great job with all aspects of the event, such as raising funds prior to the event, setting up, conducting themselves in a respectful manner, and cleaning up after the event. They are a wonderful group of young women, and as always I am very proud to be their coach.”

The girls played before a packed house of fans, many dressed in pink to support the cause. Before the varsity match, the team held a ceremony to honor breast cancer survivors and those still battling the disease. The players gave each survivor in attendance a pink rose.

She said that having the team members meet the survivors helped make the event even more special.

“The survivors were able to share their stories, and the team was better able to understand the significance of why we host this event each year,” Dello Russo said. “The breast cancer survivors were extremely appreciative of the team’s efforts and it made for a truly memorable night for all.”

The NJROTC cadets met with Tina Jacobs, the director of community health for Susan G. Komen New Jersey, when she visited the school on October 23 to accept their donation. She told them the funds would pay for about eight potentially lifesaving cancer screenings for uninsured women.

The cadet leading the charge with the fundraising effort was Regimental Executive Officer Cadet Commander Licxi Cardoso, an LHS senior. The cadets who raised the money for the donation attended a special recognition ceremony and were awarded a pink aiguillette to be worn on their uniform throughout Breast Cancer Awareness Month. 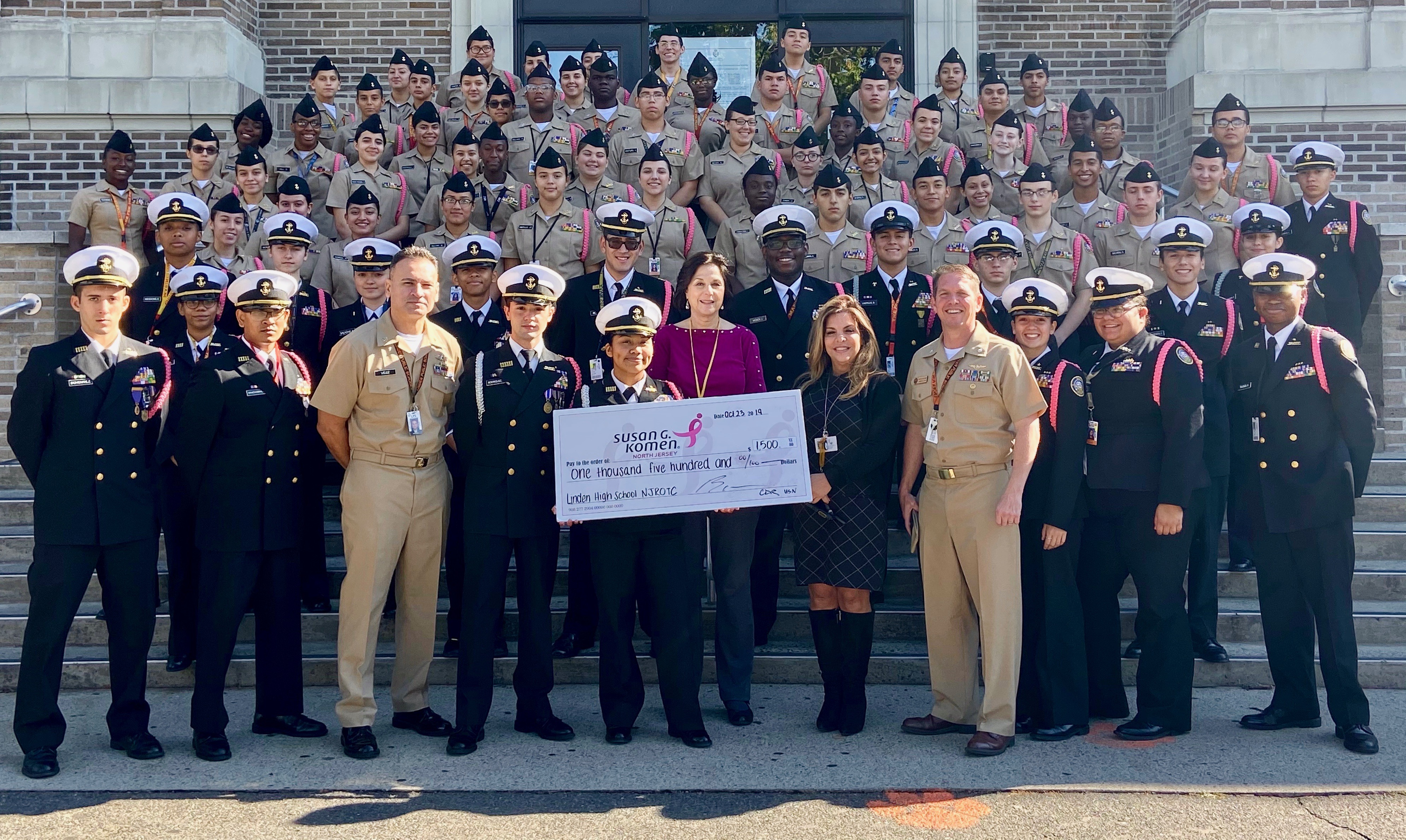