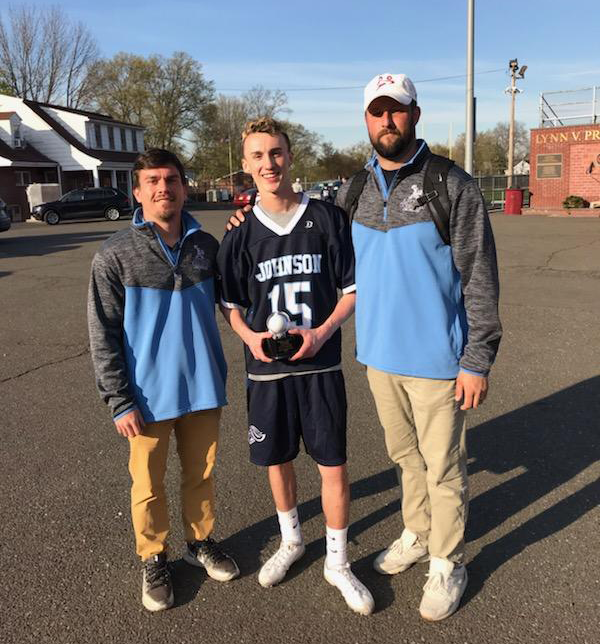 The Arthur L. Johnson lacrosse team celebrated the success of Junior Evan Parenti as he scored his 100th career goal on April 17, 2019, against Columbia High School.

Parenti accomplished the feat in a big win over the Maplewood school, improving the Crusader’s record to four wins and four losses.

Parenti currently has 107 goals and a total of 141 points over his career.

Arthur L. Johnson High School Athletic Director Gus Kalikas said of the accomplishment, “we are proud of Evan’s accomplishments so far in his career, and we look forward to finishing out the season strong and competing in the NJSIAA State Tournament. He is a huge part of our success this year and I am certain that he will continue to excel on the lacrosse field.”