The twelfth class of the Cranford Police Department Youth Police Academy graduated on Friday, June 29, 2018 after completing a one-week course designed to expose them to the functions of the police department.

The academy program, designed to bridge the gap between the members of the police department and the youth of Cranford, included 64 cadets from Cranford between the ages of 11 and 14. “This unique opportunity provided our students with a greater understanding of the inner workings of a police department, as well as policies and procedures, as taught by the Law Enforcement professionals themselves,” said Cranford Police Chief Ryan Greco.

More than 200 family and friends of the cadets attended the graduation ceremony held at the Cranford Community Center. Chief Ryan Greco, Captain Joseph Van Bergen, and academy instructor Patrolman Steven D’Ambola led the graduation ceremonies. During the ceremony, family and friends were given an overview of the Youth Academy Program. The highlight of the graduation was a video and slide show depicting the weeklong training experience. All graduating cadets received certificates for their participation in the program. 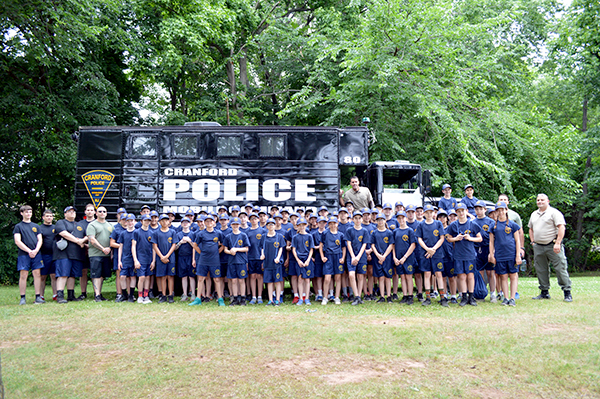