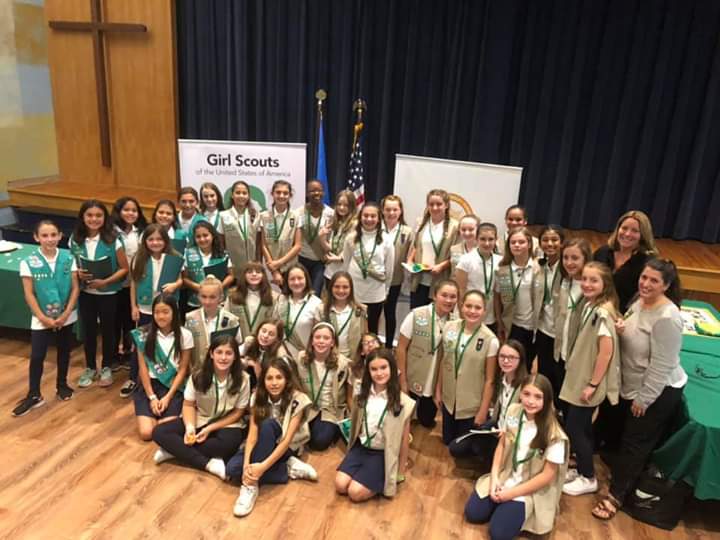 (above) The four Girl Scout Troops awarded the Bronze Award posed for a group photo during awards night.

“The hard work and determination of these troops is evident in the success of their projects,” said Elayna Torsone, Service Unit Manager of Service Unit 48. “We are so proud of their accomplishments and it was our honor to congratulate them on their achievements. Thanks are also due to the troop leaders who were instrumental in guiding and motivating each of their troops.” 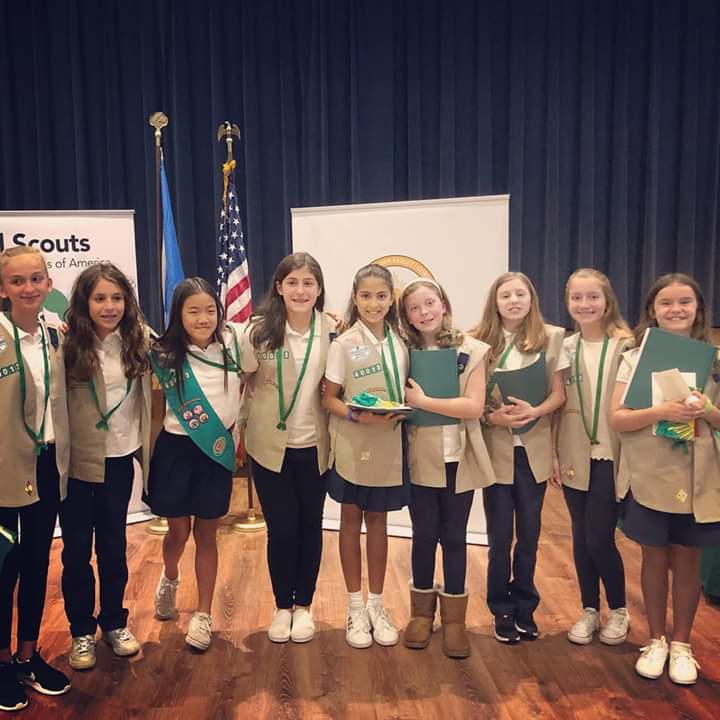 (above) Cadette Troop 40013 painted a mural at the Cranford Community Center.

The Bronze Award efforts of Cadette Girl Scout Troop 40013 centered on kindness. The Cadettes decided the best way to remind friends, neighbors and fellow Girl Scouts about this key character trait was to paint it big and bright. The troop created a proposal to paint a mural at the Cranford Community Center and collaborated with Cranford Director of Recreation and Parks, Mr. Steve Robertazzi. Once it was approved, the group consulted with Mr. Pat Gorman, teacher of graphic arts at Cranford High School. They collaborated on a design and the Girl Scouts executed the project during the summer. The mural depicts a kindness tree surrounded by bushes, flowers, butterflies, birds and bees and inspirational quotes that reinforced their message. 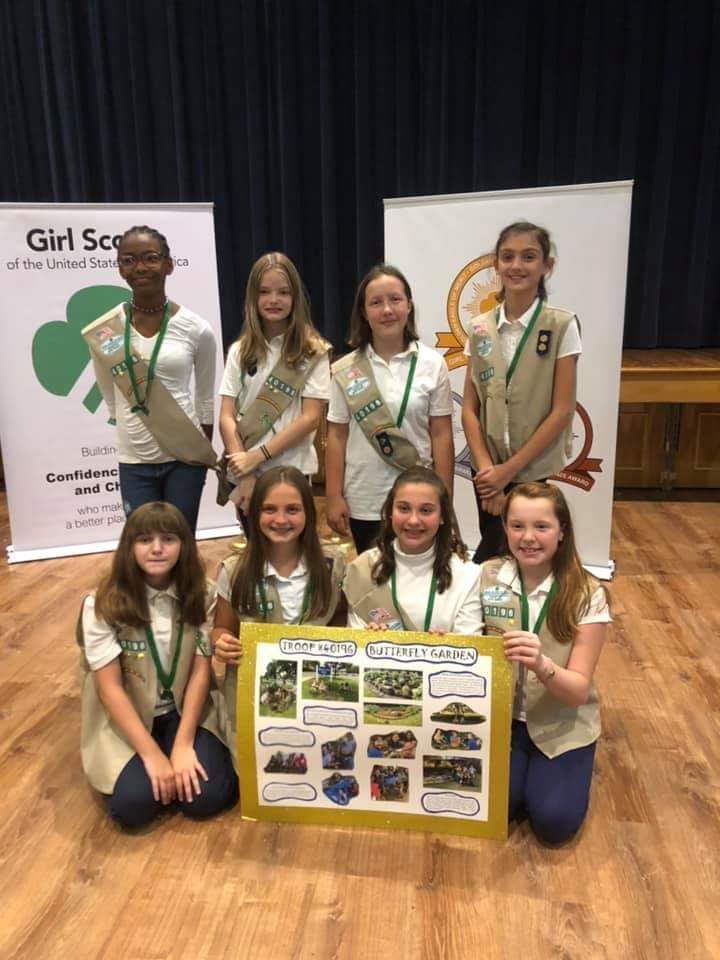 (above) Cadette Troop 40196 created a butterfly garden for their project.

The Hillside Avenue School community benefited from the Bronze Award efforts of Cadette Troop 40196. The cadettes collaborated with the administration to create butterfly gardens around the school. The goal was to create safe environments for butterflies to flourish, while also beautifying the grounds. 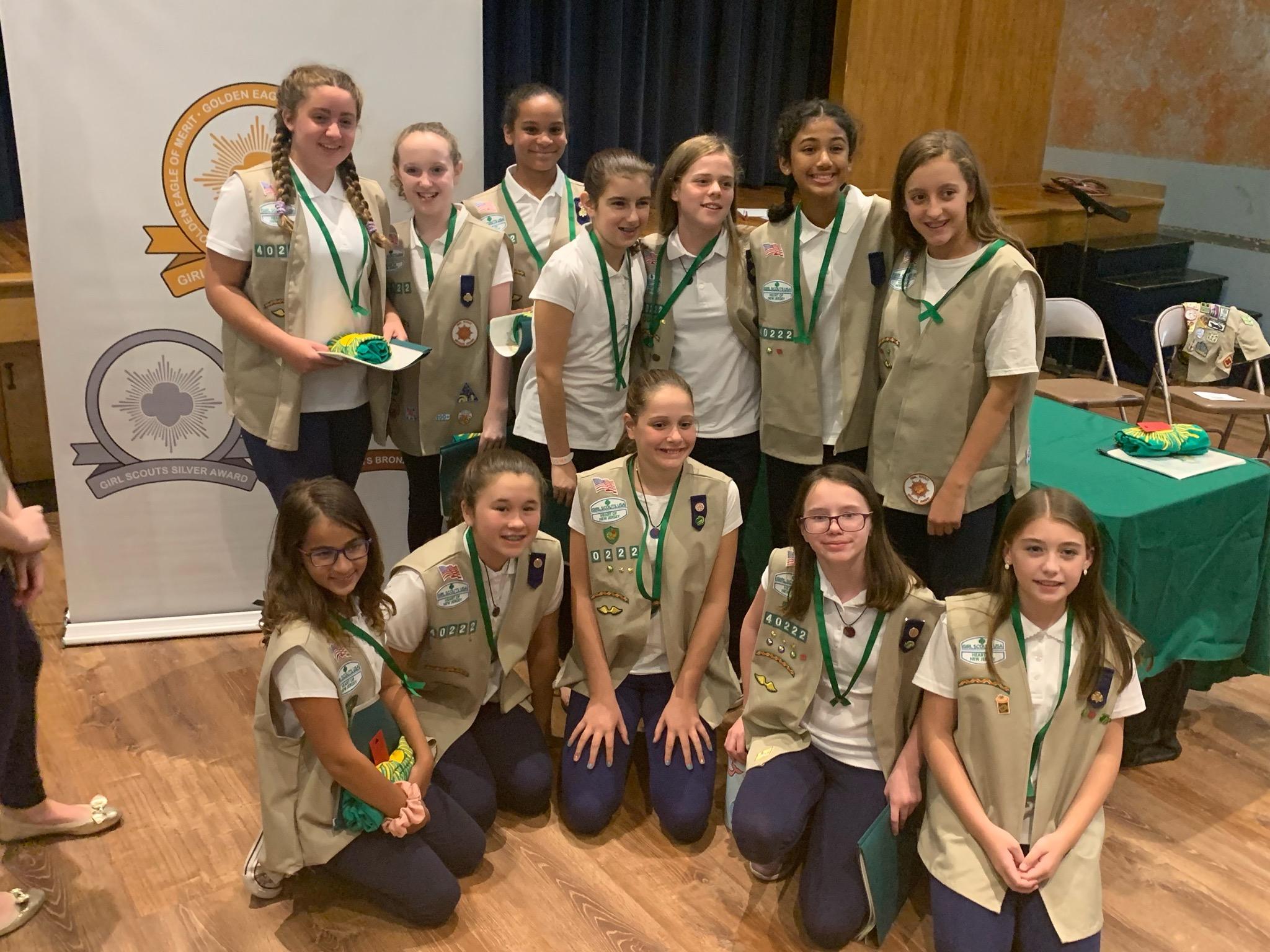 (above) Cadette Troop 40222 performed acts of kindness throughout the community for more than 20 hours.

To earn their Bronze Award, Cadette Troop 40222 performed acts of kindness throughout the community for more than 20 hours. The troop volunteered with the elderly, assisted children with special needs, visited an area hospital, participated in Relay for Life, volunteered at the Community Food Bank of New Jersey, made sandwiches for the hungry for a series of weeks, and more.

“We encouraged the girls to earn the Bronze Award because we knew that it would be a rewarding experience for them as a troop. They decided on the theme of spreading kindness on their own and agreed on it. Our hopes as leaders was that they would truly enter the great circle of people doing kind acts and see that it comes back to you without you expecting it. And then you keep it going. This happened for our troop. This was more than singular acts of kindness it was ten months of them giving to so many different people and growing from it,” said Wendy Menneg-Lyubarsky, co-advisor of Girl Scout Cadette Troop 40222. 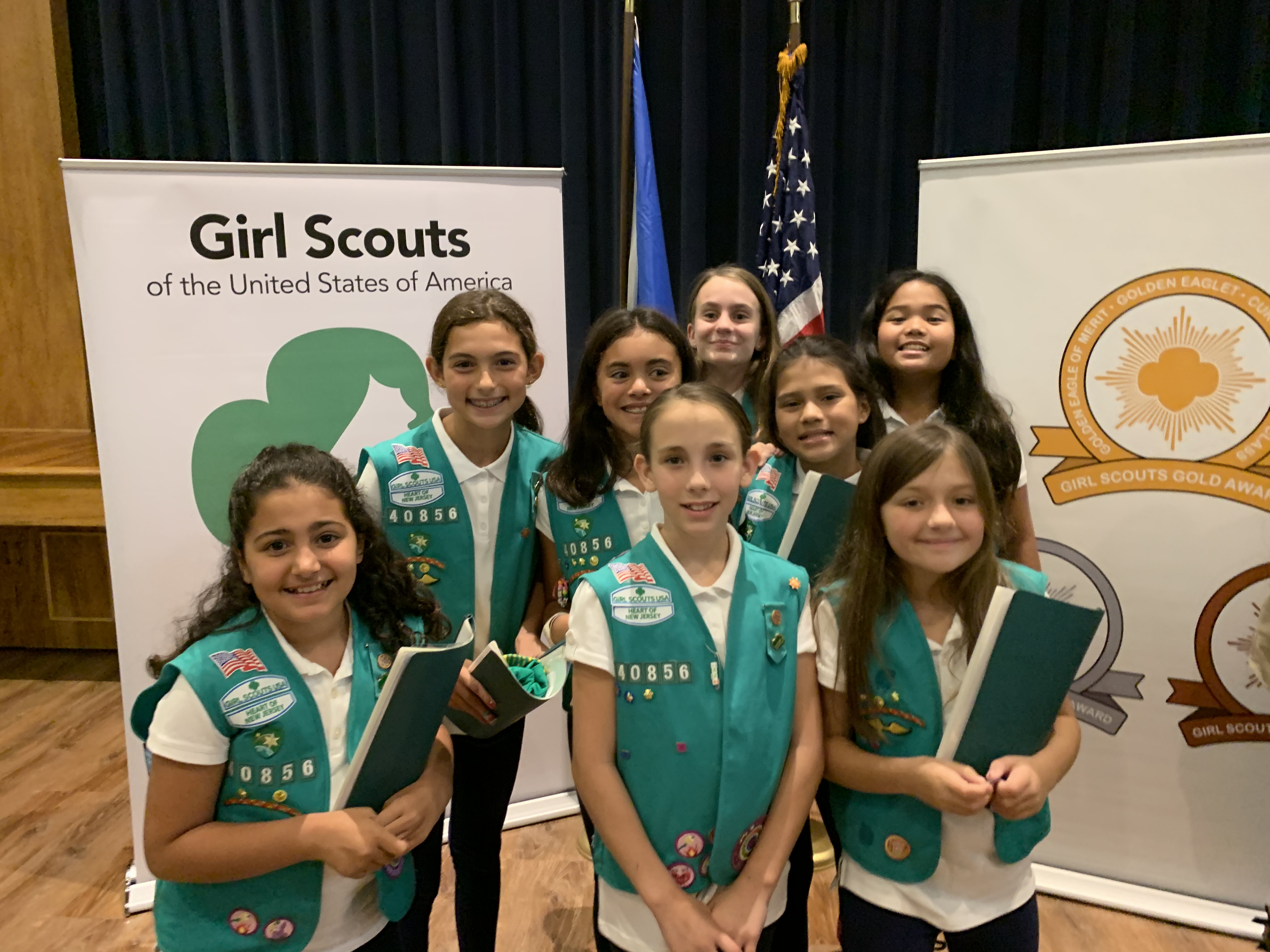 (above) Junior Troop 40856 completed a project title “Be a Rainbow in Someone Else’s Cloud”.

Girl Scout Junior Troop 40856 titled their Bronze Award: Be a Rainbow in Someone Else’s Cloud. They were honored to paint the doors of Livingston Avenue School with their title and words of kindness. The goal of their project was to emphasize the important role kindness plays in our world while also beautifying their school.