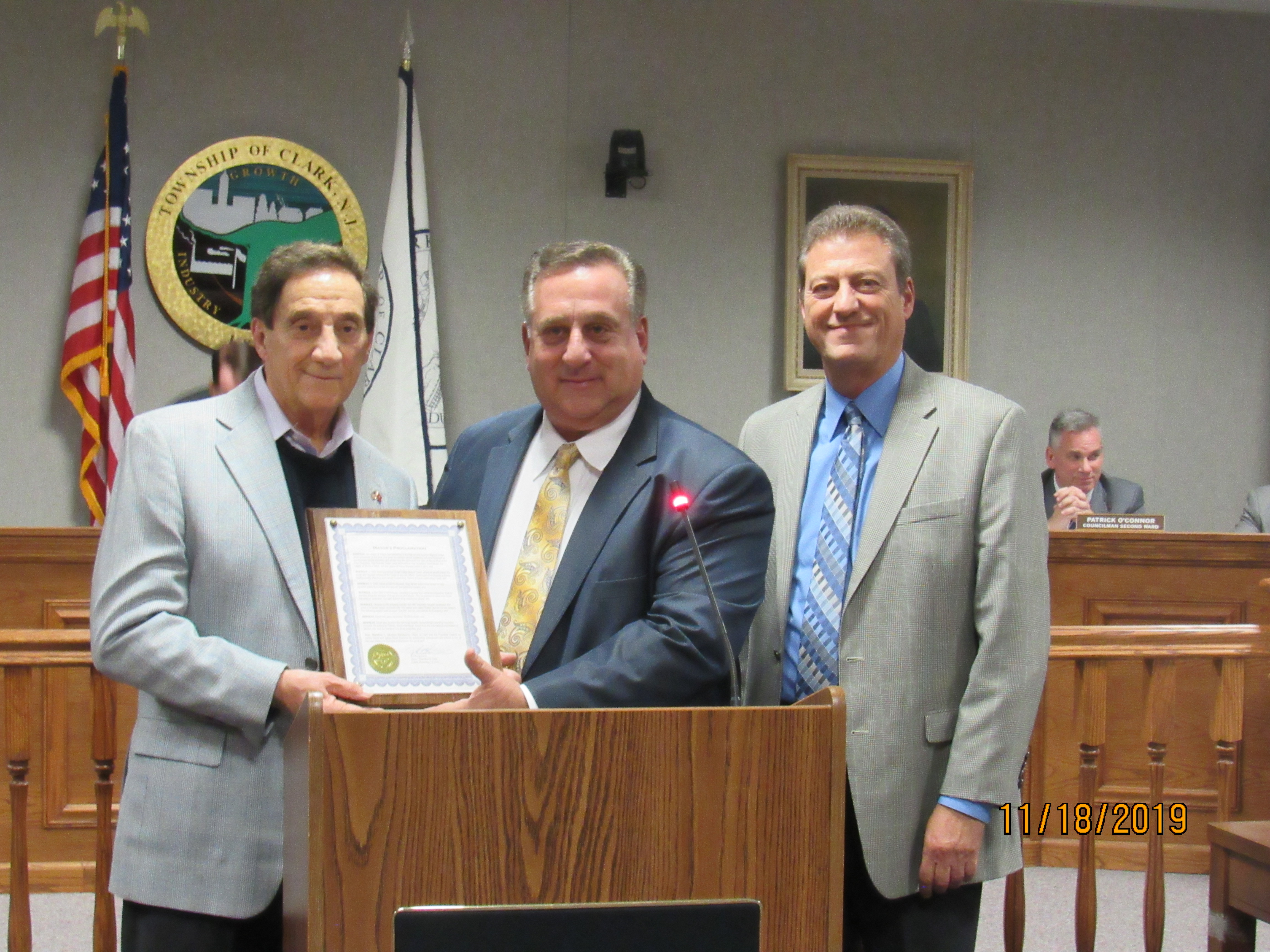 Clark resident David Toma was recently awarded the highest and most prestigious civilian award – the Legion of Honor Gold Medallion. It is given to a person whose leadership has encompassed an extraordinary global presence and whose life epitomizes the spirit of the sacrifice of the Four Chaplains. Dave was honored at a recent council meeting with a Proclamation.