Kelly Bennett, Arthur L. Johnson High School graduate from the Class of 1991, was known in high school for her brains and beauty. She achieved top grades and in her senior year and was named Homecoming Queen. Recently, her former classmates, neighbors and teachers got to reunite with her, seeing her now as a successful author. She had a book signing event on July 6 at the Barnes & Noble in Clark where she spoke, entertained questions and caught up with old friends.
Mrs. Kelly (Bennett) Seiler, now a Texas resident and mother of three, spoke to a standingroom- only crowd at the Clark bookstore where she explained how she got to the place of being a novelist with Simon and Schuster. After graduating Bucknell University with a Bachelor’s degree and her Master’s degree in English and becoming an English teacher and a guidance counselor, she realized her passion was writing. Through a series of rejections balanced with encouraging events, she got an agent who challenged her to change the movie script she had submitted into a novel.
That suggestion became the acclaimed book, Shifting Time. At the event, the author read passages from her book and explained to the audience that the “What if?” supposition of the book was based on a real life. “When I was a teenager, there was a boy I loved who died of cancer,” she explained. She always wondered what life would have been like if he had lived and they had married. She told the audience, “Things might not always turn out the way your fantasy expects.”
Mrs. Bennett Seiller jokingly warned her friends and other audience members that she takes every day happenings from friends and neighbors as well as strangers to flesh out her books. “I have even taken to Facebook to ask people to give me the name of a character,” she said.
Her upcoming book, The Plan, will be released in September. 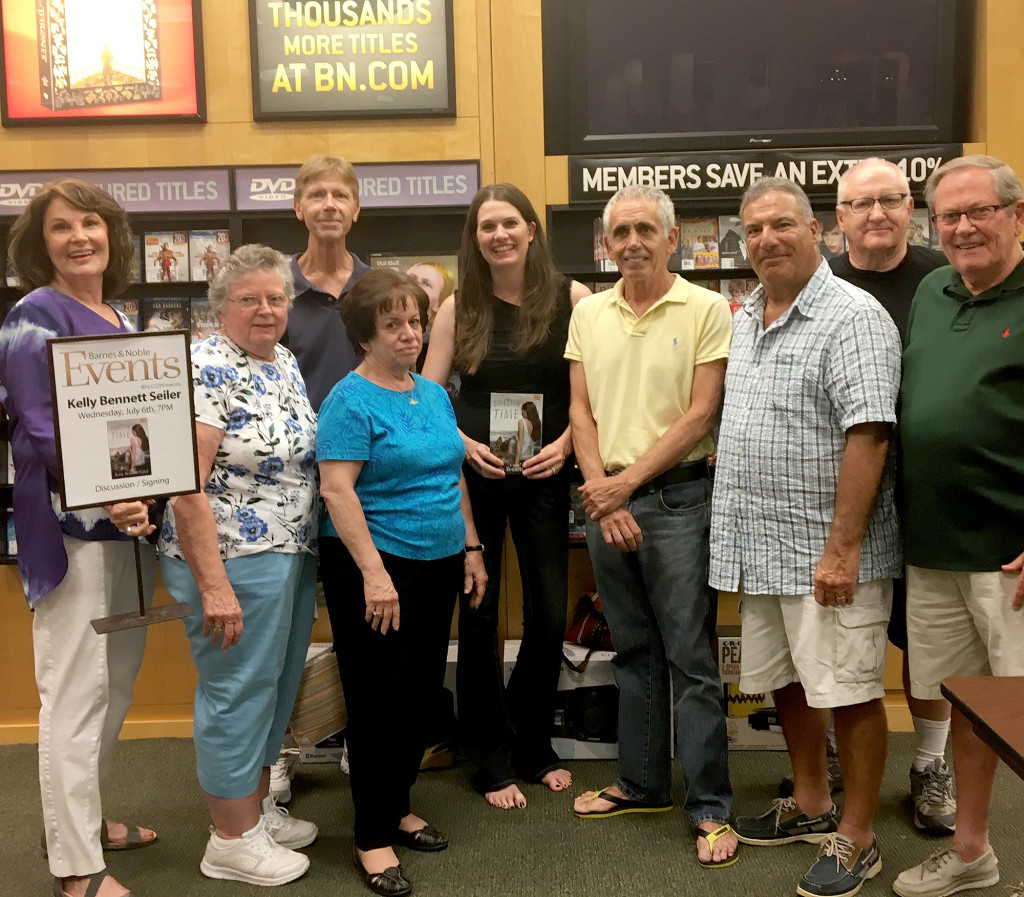 (above) Kelly Bennett Seiler, center top, is surrounded by teachers from the Clark district at her book signing of her first novel, Shifting Time, in the Clark Barnes & Noble on July 6. Friends, classmates, neighbors and faculty members came out to the event to support her.

Rotary Club of Elizabeth The Rotary Club of Elizabeth meets every Wednesday at 12:15PM.     The Garden Restaurant    943 Magie Ave    Union, NJ 07083    (908) 558-0101     We are a service organization comprised of business professionals who work or live…
Read more ›
Jul
7
Thu
2022
7:47 am Madison Rotary Club Breakfast Me... @ YMCA
Madison Rotary Club Breakfast Me... @ YMCA
Jul 7 @ 7:47 am
The Rotary Club of Madison has an enthusiastic and engaged network of ordinary people doing extraordinary things to serve humanity in our local and global communities. You have your choice of two weekly meetings: Thursdays, 7:47 am breakfast at the…
Read more ›
View Calendar
Add
Top
Posting....