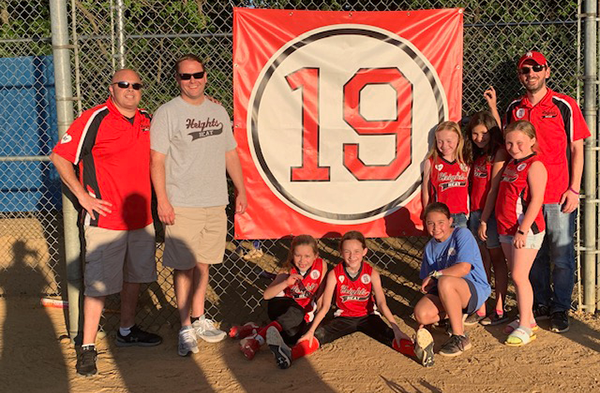 (above) Players pose in front of Annie’s number, 19, which the Heat retired across all levels of softball in Berkeley Heights in honor of Annie.

Every year, the summer all-star games for the Division 2 Parkway League highlight the best players in our area of New Jersey. But this year’s 8U All-Star Team had the privilege to honor the spirit and memory of an amazing athlete, teammate, and friend: Annabelle “Annie” Young. Keith Hoffman, the league’s commissioner, announced in front of a standing room only crowd at Cormier Field in Cranford that the game would now be known as the Annie Young Memorial All-Star Game going forward.

The Play for Annie mantra, which started in Berkeley Heights by Heights Heat 8U softball coach Bret Sayre, has spread across sports leagues throughout the state and even the nation. In the Parkway League alone, more than 1,400 players across over 100 teams are wearing “Play for Annie” patches on their jerseys and stickers on their helmets to commemorate Annie’s love of softball and of playing with her friends. Twenty of these girls lined the field at Monday’s dedication while Laura Young, Annie’s mother, addressed the crowd before the game.

“Thank you for having us here today and naming this game after our daughter. We are so thankful that Annie is being remembered by you all. I know she would love seeing all of you wearing these ‘Play for Annie’ patches on your jersey. This summer when you are playing for Annie make sure to have fun, play, sing, laugh, run, get dirty, and smile because that is what Annie would be doing.”

The Berkeley Heights representatives, Alexandra Duryee and Alyson Sayre proudly took the field wearing their red Heights Heat uniforms with Annie’s number 19 on their backs during the All-Star Game. In the spring, the Heat retired the number 19 across all levels of softball in Berkeley Heights in honor of Annie.

The All-Star Team—which included players from Berkeley Heights, Mountainside, Springfield, and Westfield—decided to name themselves “the Dodgers” in honor of the Heights Heat 8U mascot—Annie’s best pal and furry pup, Dodger. Annie and her teammates loved to have Dodger pose with them for team photos.

Over six seasons, Duryee and Sayre grew their love of softball by playing with Annie. Before the game, they shared a few heartfelt words about their friend and teammate.

“I want you all to know that Annie was such a sweet, loving, kind, and caring person. She was the first to do a cheer and she just was a pleasure to have on our softball team. It is an honor to wear her number on our jersey today,” said Alyson Sayre.

Alexandra Duryee added: “Annie brought many gifts to the field such as making people smile, encouraging people to do well, and always being kind to her teammates. Now, let’s play for Annie!”

Duryee and Sayre did exactly that, taking the field with thunder in their bats and love in their hearts. Together, the girls represented Berkeley Heights with pride.

In the bottom of the first inning, Duryee helped set the table with a line-drive double into left field. Later that same inning, Sayre stepped to the plate with bases loaded. On the first pitch she ripped a ball deep into center field between two outfielders and she motored around the bases for her first career grand slam, propelling the Dodgers to an early lead.

As the game went on, the Berkeley Heights duo continued to excite the crowd gathered all along Lambert Street. With offensive explosions on both teams driving up the score, Duryee snagged a well-hit ball out of the air with a backhanded stab near second base. She then turned and fired to first to turn a double play and keep the opposing team off the board for the first time all night. Then Sayre showed off one of her patented stretches at first base in the fifth inning to end a rally and show why her coaches and teammates call her “Gumby.”

Offensively, Sayre and Duryee helped energize the Dodgers in the bottom of the third inning. Down 13-5, Sayre knocked in the first two runs of the frame with another frozen rope to the outfield, while Duryee drove in the fifth and final one with her second double of the game. Heading into the bottom of the fifth inning, the Dodgers trailed 15-13 and rallied for four runs to take the lead, with Duryee scoring the go-ahead run thanks to some heads-up baserunning as the hits poured in behind her.

In the final inning, Duryee stopped a tough ground ball at second base with two outs and secured a 17-16 win for the Dodgers with a strong throw to first that beat the runner.

As the girls gathered by the big 19 banner behind home plate after the game, it was obvious that they were equally driven by both their love of the game and their love of a friend they will hold as a teammate forever.

The Young family has set up the Annabelle Forever Young Foundation. The Foundation will be used to support youth sports and local student athletes. The scholarships will be awarded to students who exemplify and further the values that Annie lived her life, and represent the impact her life had on our community. Visit the Annabelle Forever Young Foundation Inc. online at annabelleforeveryoung.com. 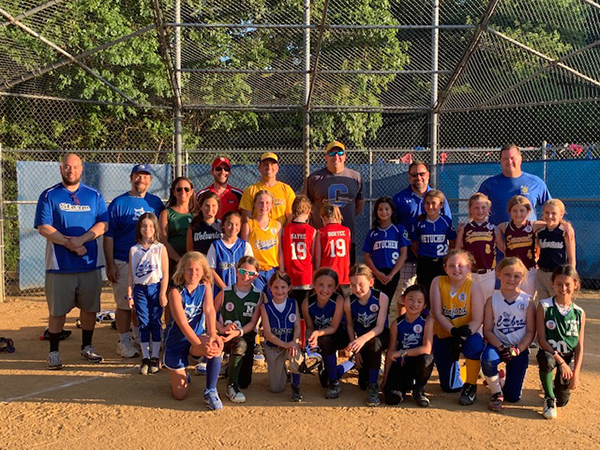 (above) The Division 2 Parkway League 8U players during this year’s All-Star Game, now called the Annie Young Memorial All-Star Game. 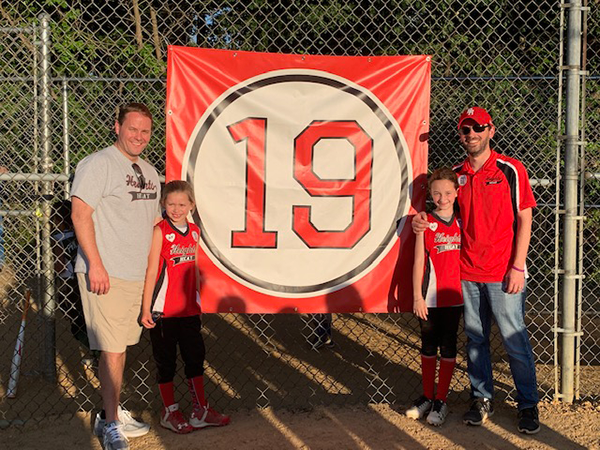 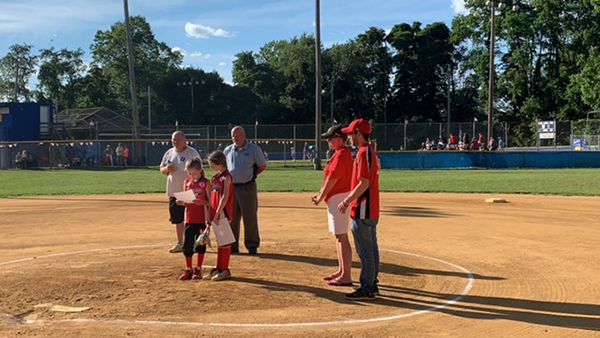 (above) Berkeley Heights All Star players Alexandra Duryee and Alyson Sayre shared a few heartfelt words about Annie, their friend and teammate. 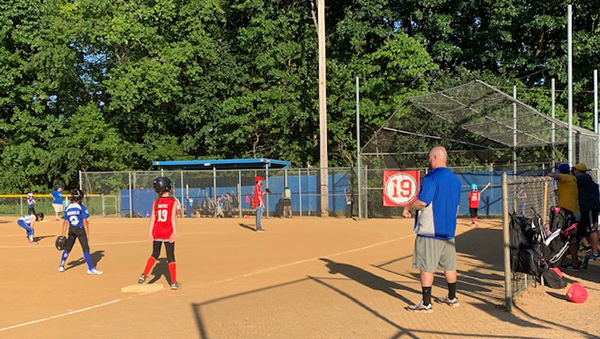