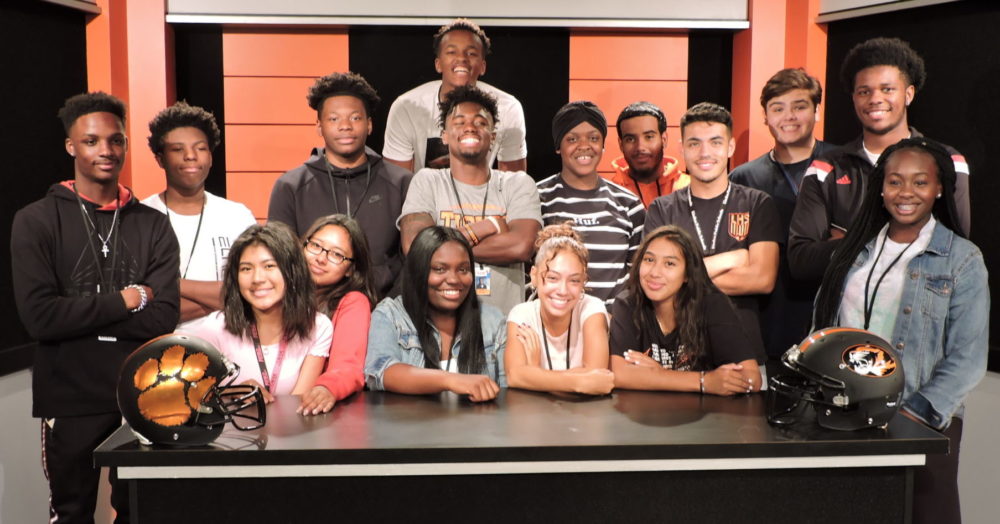 (above) Students in Linden High School’s TV/Digital Media advanced class in their “Studio 301A” classroom earlier in the school year. The students have been working on their student news show from home since the district started remote learning on March 16.

Journalists around the world have had to learn to cope with working separately to get their jobs done during the COVID-19 outbreak.

The student broadcasters at Linden High School are no different.

Students in the school’s TV/Digital Media advanced class – along with all of their schoolmates – have been learning from home since March 16, when schools were closed because of the coronavirus. After a week of getting acclimated to the unprecedented situation, they decided it was time to get the news cameras rolling again for their TNT News. (TNT stands for Tiger News Today, named for the school mascot.)

But it wouldn’t be easy. All of their equipment, including cameras, microphones, sound board, teleprompters, professional editing software, and their TV news set, were locked up inside “Studio 301A,” named for the room number at Linden High School. And social distancing prevents students from interviewing classmates in person. But they made it work.

“I am so proud of how all of the students worked together to get the news show done,” said teacher Chris Paskewich. “It was definitely a group effort. While working in the classroom, we like to have control and we can oversee the progress of how the news show is coming together. This was nerve-wracking for me because of having to wait to see the finished product, but overall I was impressed with how well the students completed the show.”

The first show was posted to YouTube on March 31 and shared with staff and students at the high school by Principal Yelena Horré.

“I am so proud of our TV/Digital Media students that are still producing shows, even in this new learning environment, under the leadership and guidance of Mr. Miller and Mr. Paskewich,” she said in her message to staff.

The show included features on how to stay safe from COVID-19, how to cope with remote learning, and the district’s initiative of inviting families to post uplifting artwork in windows and doors for the community to see.

“We just gave them a very general idea on what to make their news segments about because we weren’t sure exactly how well this would work,” said co-teacher Gary Miller, who is also the district’s communication coordinator. “They came up with their own ideas, filmed them, edited them, and it came out great. We were so happy with how it turned out.”

Students filmed with their own phones and cameras and edited with iMovie, software that is provided on MacBook Air laptops that the school district gives to all students at the high school. (Elementary and middle school students all get iPad tablets.)

The teachers and students ran into some technical hurdles while getting the first show done, but learned from the experience. They hope things are a little smoother as they work on a second show, which may cover topics including teachers’ experiences with remote learning, talking electronically to athletes who have had their sports put on hold, and highlighting cast members from the school play that was canceled.

“I am so proud of our TNT News students and how dedicated they are to producing this show,” Paskewich said. “The students definitely stepped up to the plate, from coming up with their ideas, filming and editing the segments together, and even hosting the show. They helped each other and worked together as a team to get the show done. They certainly amazed me.” 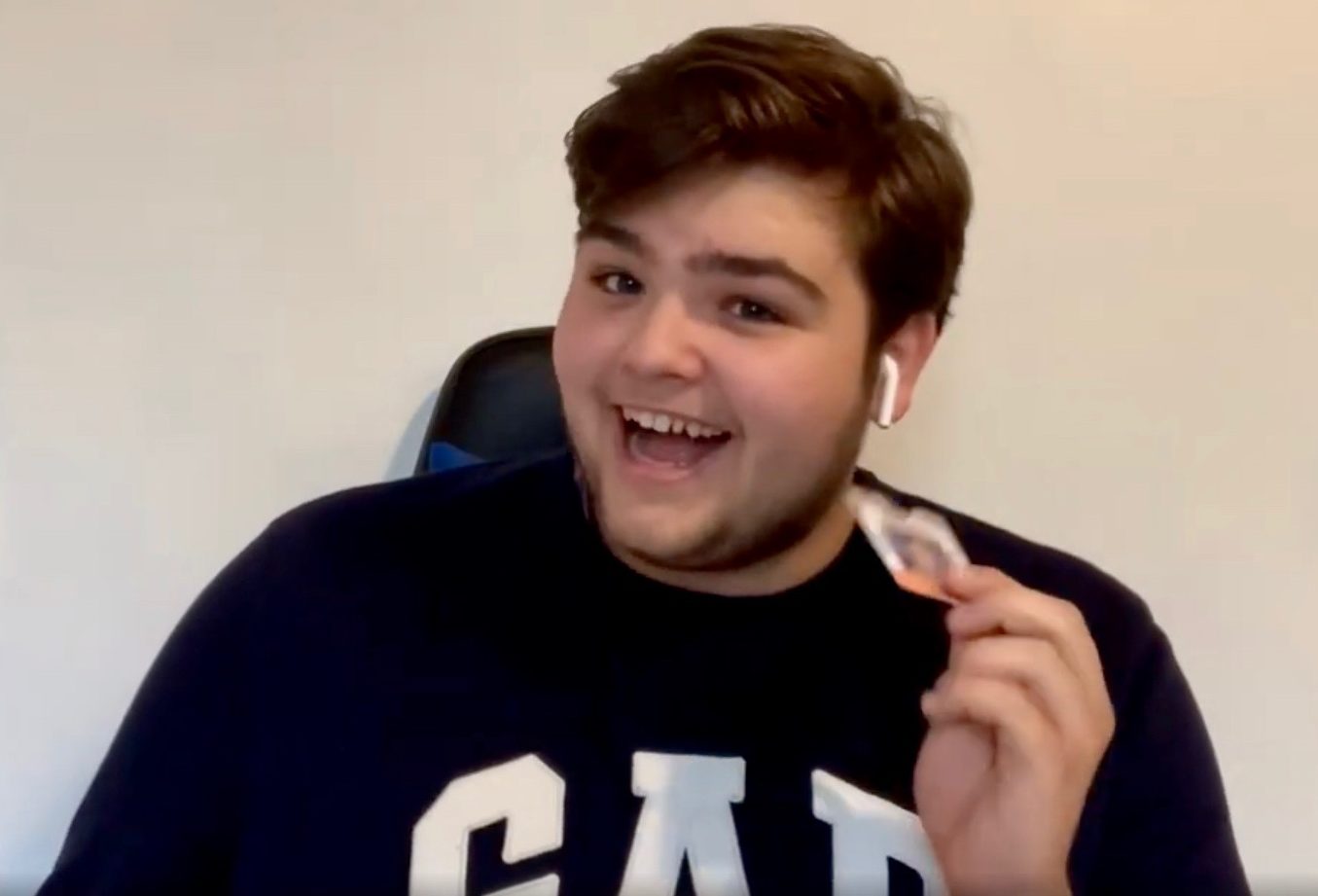 (above) In a screenshot from the first episode of Linden High School’s student news show since remote learning began, host Ryan Sautner, a senior, jokes with the audience. 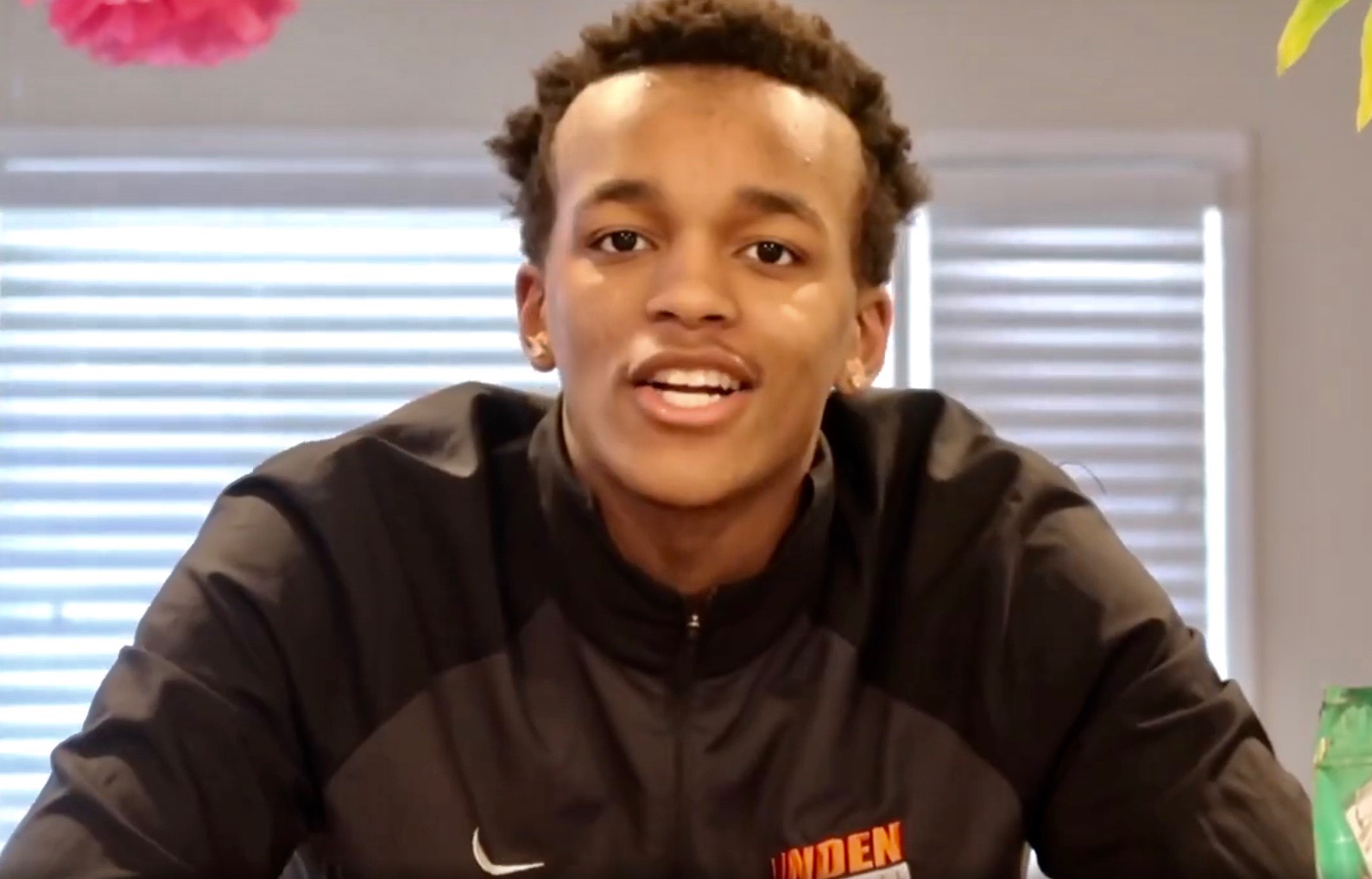 (above) In a screenshot from the first episode of Linden High School’s student news show since remote learning began, senior Amir Williams wishes everyone well as he signs off. 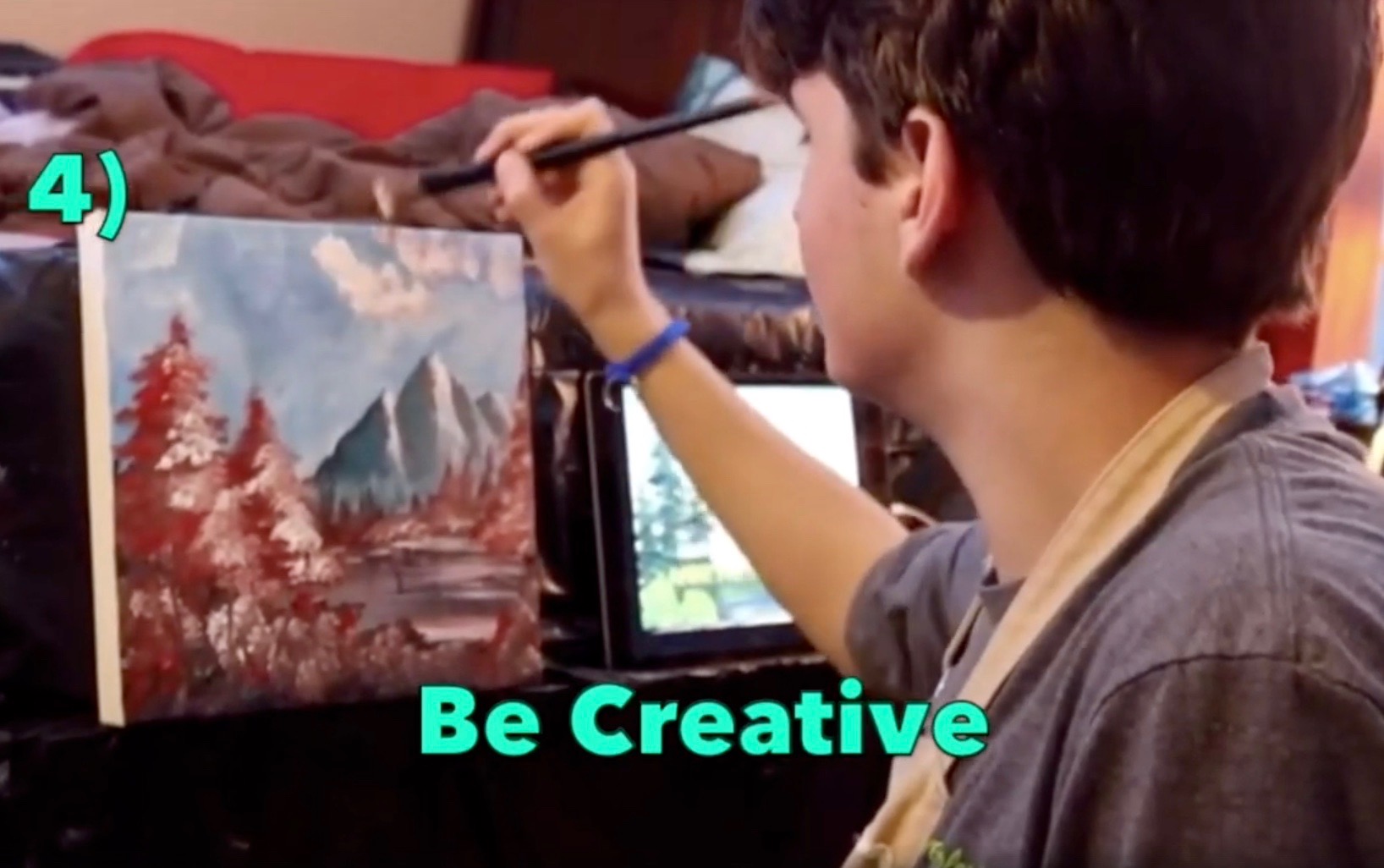 (above) In a screenshot from the first episode of Linden High School’s student news show since remote learning began, a segment produced by junior Shania Rivera discusses ways to keep busy when stuck at home.