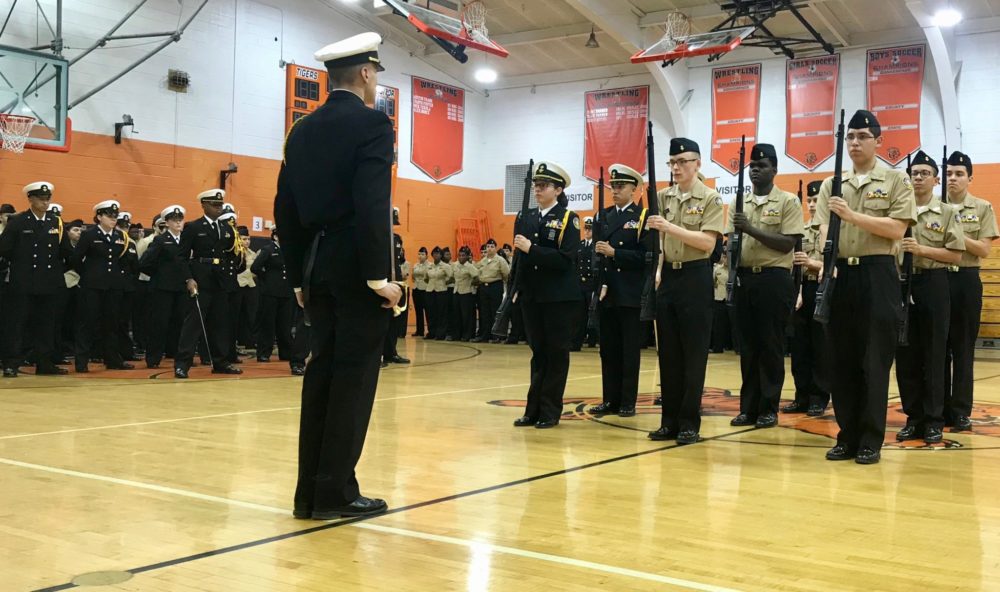 The Linden High School (LHS) NJROTC stood up to the rigors of a full military inspection on February 19 when active-duty personnel visited to give the regiment a meticulous once-over.

The Annual Military Inspection allowed the students to put their best foot forward before service personnel, as well as to a crowd of more than 100 made up of their parents and school and community leaders during a ceremony that followed in the LHS gym. The Navy Junior ROTC unit consists of 425 cadets, about a quarter of the school population.

“How many people were nervous today coming to this inspection?” she said in remarks to the cadets, many of whom raised their hands. “Me too. That doesn’t stop. So you know you have to prepare yourself. And part of that is everything you are doing in this program, and it is amazing.

“I know this was out of a lot of your comfort zones. I give you props for what you did today, stepping out and doing something different. You guys are learning how to step out and be uncomfortable today. That goes a long way. You’ll see.”

Three senior cadets were honored at the end of the ceremony for having committed to join the armed forces after graduation. They are Tamera Thorn (Marines), Ruben Rua (Marines), and Patrick Hickey (Army). They were honored with a loud ovation as they stood at midcourt with family members.

“I can’t say enough about what this team has done in terms of elevating this unit to a level that I haven’t seen in my five years here,” he said. “What is so special is how hard these kids try in doing what they do for this program.”

He also commended students who received promotions during the ceremony.

“What I love is the answer that I get about why these kids want to seek the higher positions in the ROTC unit,” Decker said. “Genuinely what I see is that these kids do it for no other reason than what that position will mean in their ability to help others and to help the program. […] They care about what the program has done for them and they want to give back. I honestly can say it’s these kids and what they do that makes the program special.”

Interim Superintendent Denise Cleary said she has been impressed with the NJROTC since her days as a teacher then principal at Linden High.

“There are so many things to be proud of in the Linden Public Schools, and all of the young men and women standing before me are on top of the list,” she said. “This program put Linden High School on the map, put our district on the map, and it’s all due to the dedication and commitment that you make. This program is not about streaming students into the military, it’s about building leaders.”

Many officials from the City of Linden also came out to support the cadets, including Mayor Derek Armstead, Police Chief David Hart, Fire Chief William Hasko Jr., and Councilwoman Gretchen Hickey, who is mother to Cadet Patrick Hickey.

“It is an honor and a privilege to be the mayor of a city that has such an outstanding group of young people representing us,” Armstead said during remarks to the crowd. “You represent this town so well.” 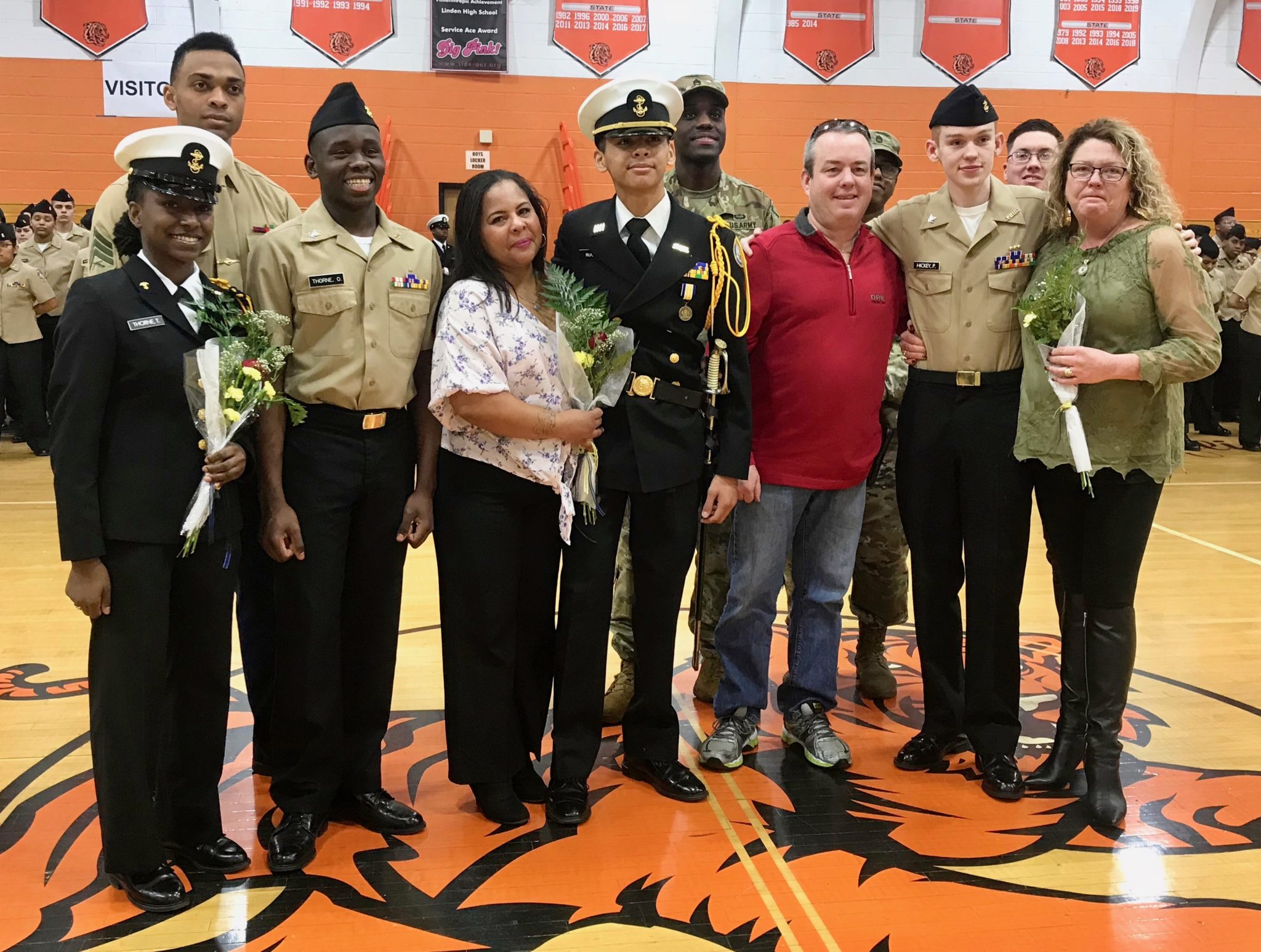 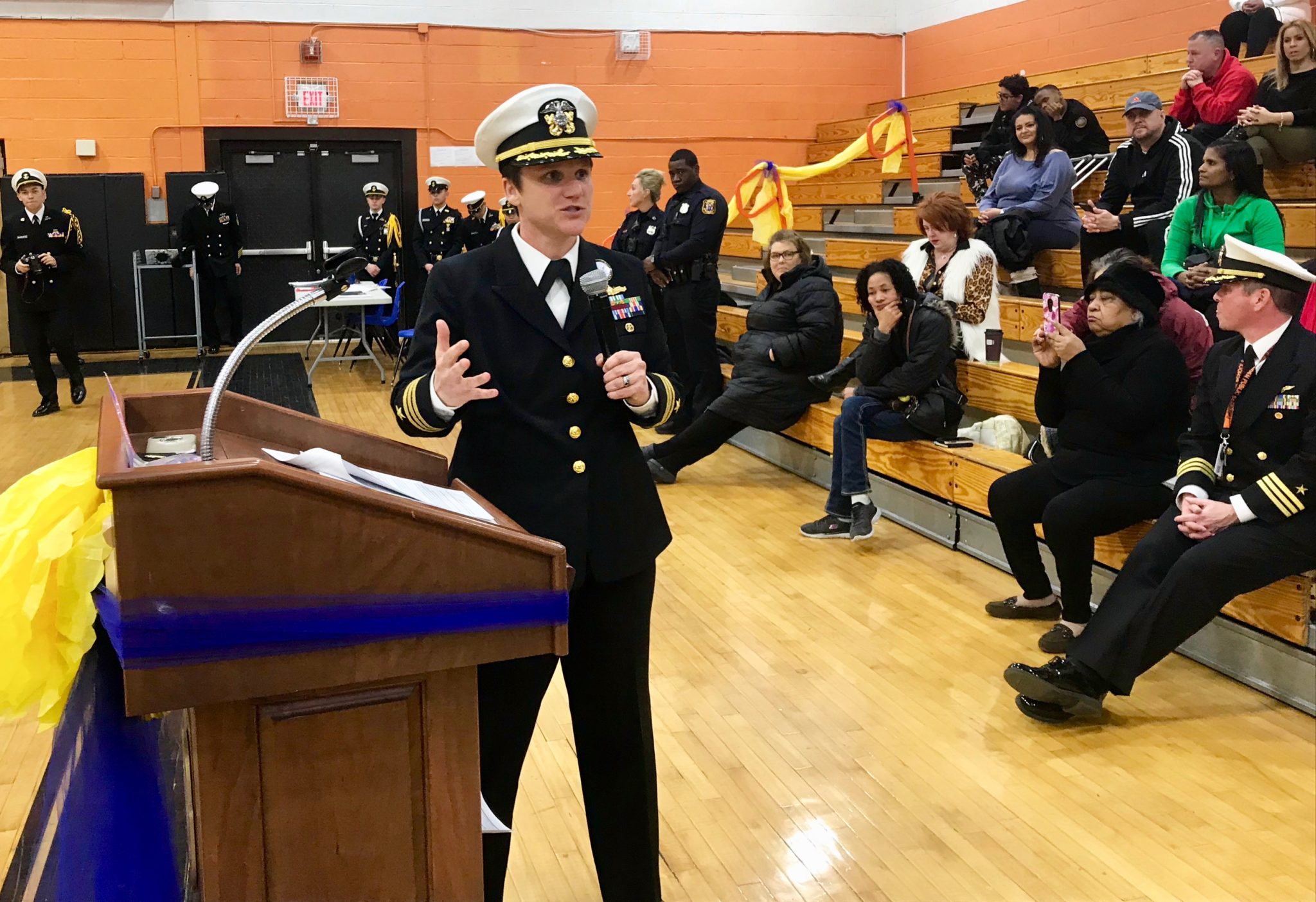 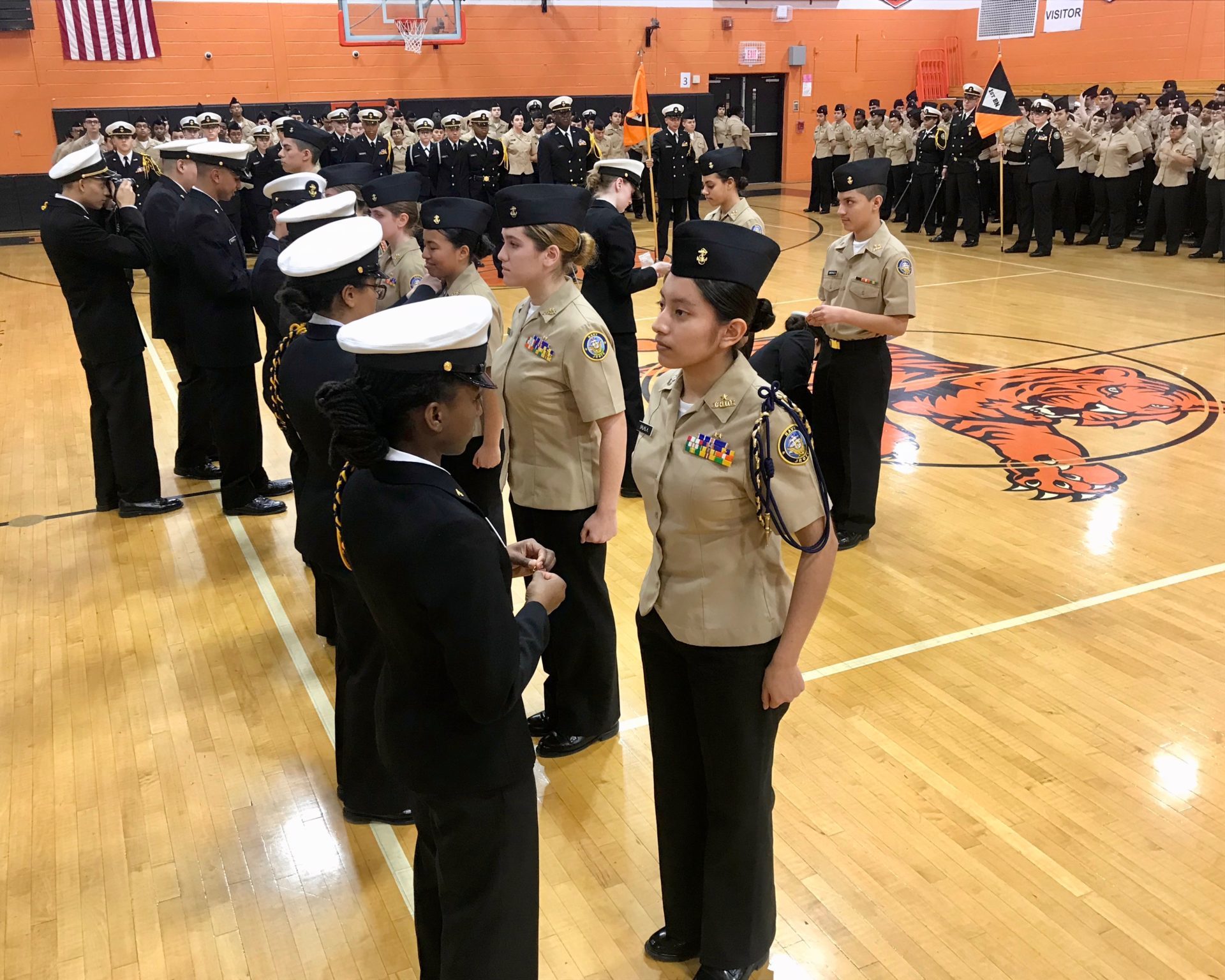 (above) Cadets in the Linden High School NJROTC lined up to receive promotions during the unit’s Annual Military Inspection ceremony on February 19. 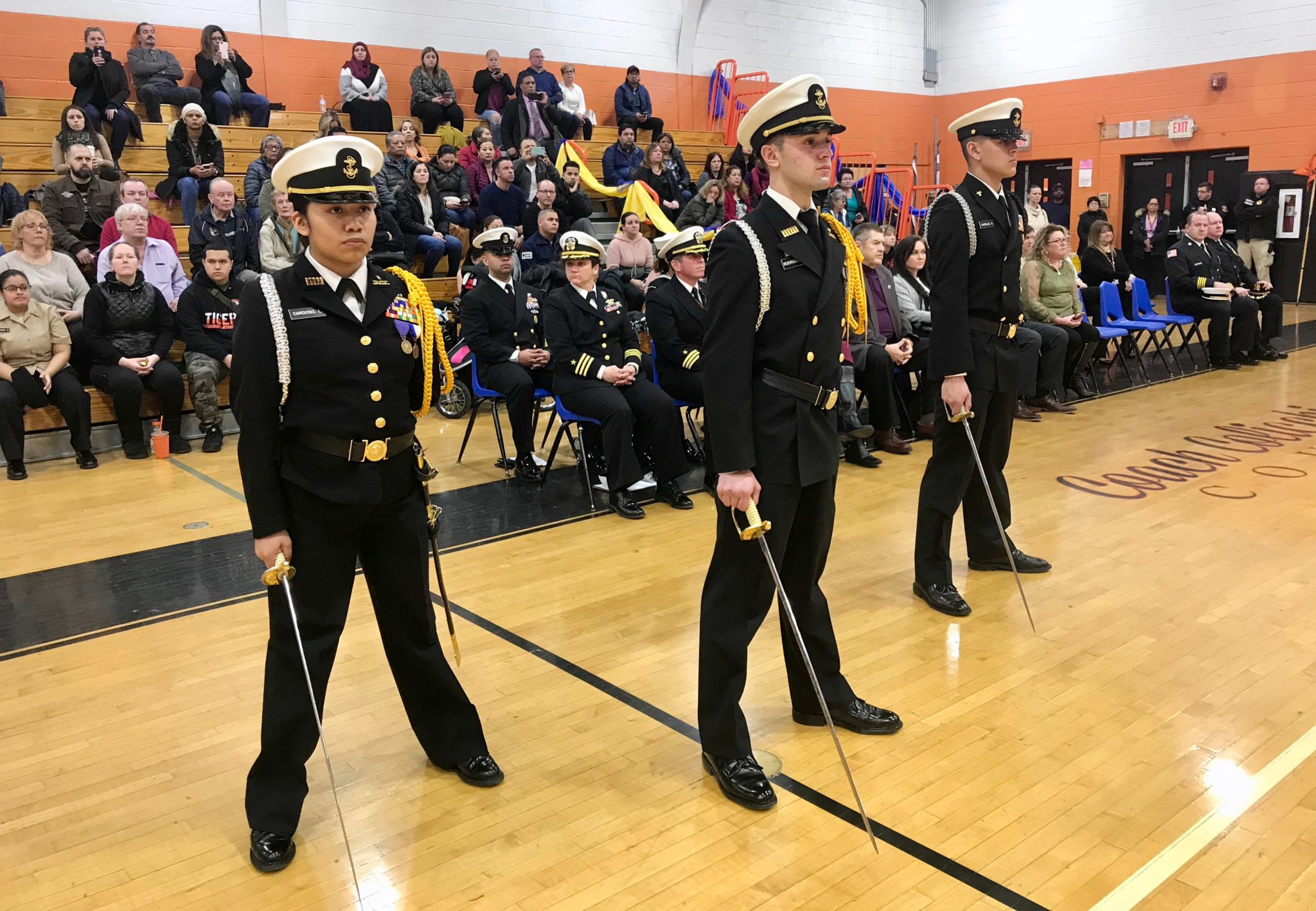