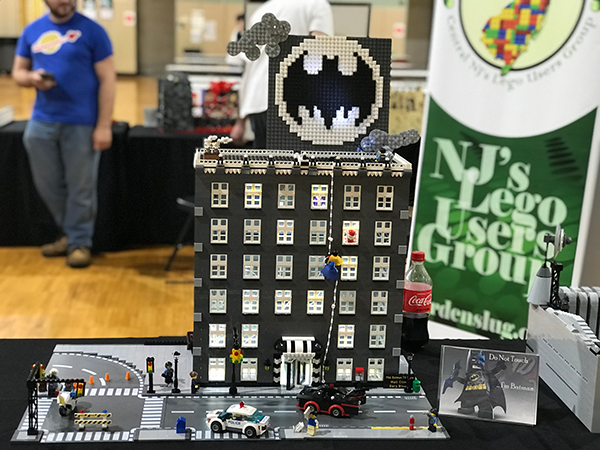 (above) Creation on display during Lego Night at Irene E. Feldkirchner Elementary.

On the evening of Friday, May 10, 2019, the Irene E. Feldkirchner Elementary school hosted their first annual Lego Night. Talented members of the Central NJ chapter of the Garden State Lego Users’ Group (GardenSLUG) showcased their incredible Lego creations. Children and adults viewed in awe the intricate workings of each creation.

The group set up building stations that included a Duplo center, Lego center, and Lego Car Building and Racing center. Another feature of the evening was the IEF Amusement Park that was created by the IEF Lego Club student members. In addition, happy faces were seen by all this night, as multiple students revealed their own home creations that were part of a Lego-building school competition.

When asked by many if the group would return next year, Mr. Dario Minetti, the group’s event organizer, told the IEF schools Lego Club advisors Mrs. Pirrone and Mrs. Baffige, along with Principal Paul Fornale, that GardenSLUG members would love to come back and bring even larger works next year.