Cranford High School Performing Arts Department is excited to present Hello, Dolly! on March 8-10, 2019. The musical Hello, Dolly! first appeared on Broadway in 1964 and has been revived four times, most recently in 2017 with Bette Midler. The original production with Carol Channing won ten Tony Awards®, a record held for decades. Hello, Dolly!, with book by Michael Stewart and lyrics and music by Jerry Herman, is based on Thorton Wilder’s 1955 play The Matchmaker.

Hello, Dolly! will be performed in the Cranford High School auditorium on March 8, 9 and 10, 2019. The dress rehearsal on March 7 at 7:30 p.m. will be free admission for senior citizens. The performances on March 8 and 9 will be at 7:30 p.m. with the matinee on March 10 at 2:00 p.m. “It Only Takes A Moment” to reserve tickets in advance online at chs.booktix.com for $15, but tickets are also available at the door. Student rush tickets will also be available for $10 at the door for each performance with a valid student ID. The Cranford Public Schools Permitted Items Policy will be in effect for all three performances; large bags and purses will not be allowed into the auditorium. 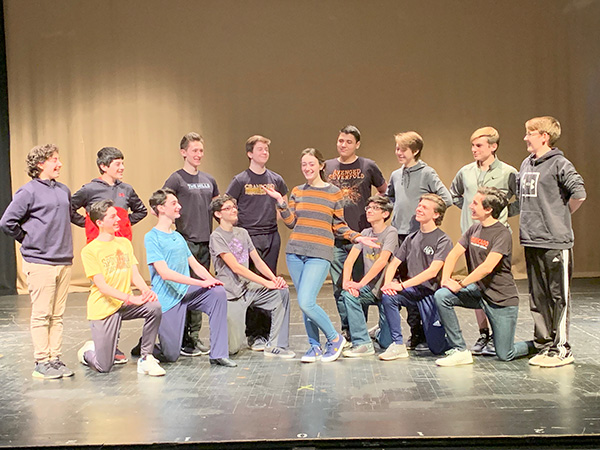 (above) Members of the cast of Cranford High School’s Hello, Dolly! rehearse the musical’s title song for their production on March 8, 9, and 10. Tickets are available at chs.booktix.com. 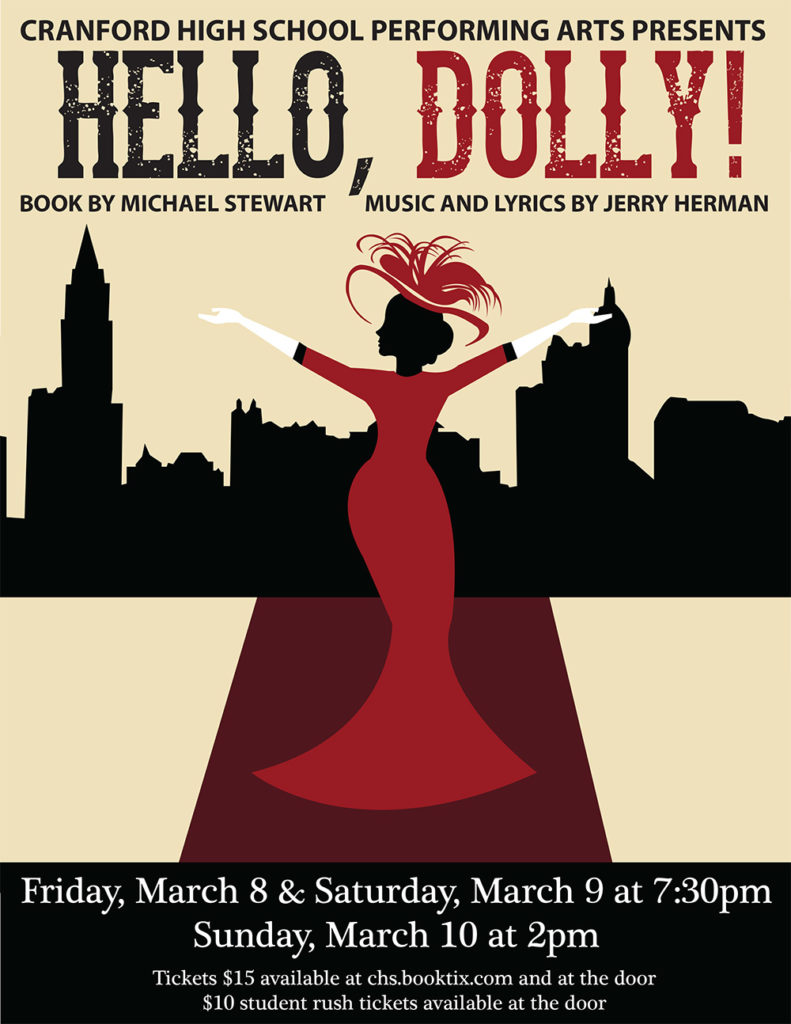