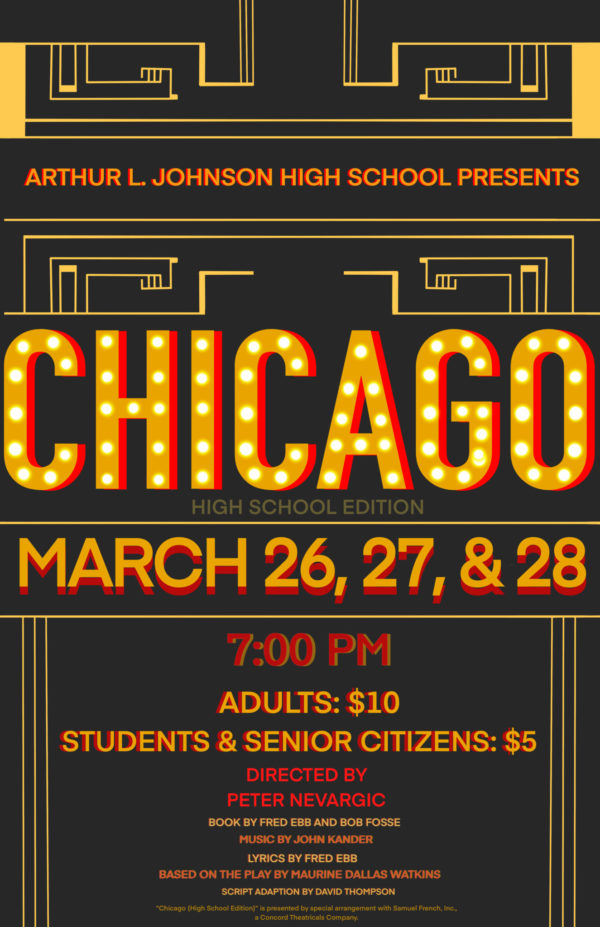 The 20’s are back…and they’re roaring into the Arthur L. Johnson (ALJ) auditorium at the end of this month when the ALJ Drama Department presents the hugely popular musical Chicago. Chicago debuted on Broadway in 1976 and was revived in 1997 and is still running today. The successful movie version was released in 2002 and won the Oscar that year for Best Picture.

Director Peter Nevargic says, “This is by far the most exciting show we’ve ever produced on the ALJ stage and is not to be missed!” So come and be “razzle dazzled” by these extremely talented young performers in the new high school version of Chicago!